Couple Accused of Murdering 17-Year-Old as ‘Payback’ for STD 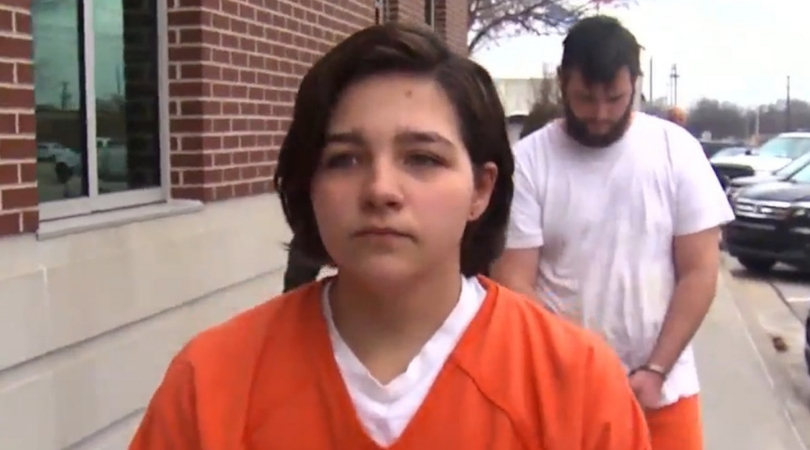 A couple in Oklahoma has been charged with murdering a 17-year-old girl, stating it was “payback” over a sexually transmitted disease. According to court documents, Cheyenne Blalock, 17, and Andrew Hall, 30, were charged with first-degree murder in the death of Kirstan Patterson. Patterson was found with a gunshot wound to her head just hours after she was reported missing near the Spring Creek boat dock on the Neosho River in Mayes County.

Blalock told investigators that Hall had discussed killing Patterson as “payback” for a sexually transmitted disease, telling her to text Patterson to meet up with them on New Year’s Day. Hall made Blalock ride in the back of his car beneath a blanket as they picked up the teen. Hall reportedly told investigators he though Blalock, who was armed with knives, was “only going to physically assault Patterson and was afraid should turn violent if he didn’t comply with all their demands.

Deputies reportedly alleged that either Blalock or Hall then shot Patterson with a rifle that they grabbed from Hall’s trunk. Mayes County Sheriff Mike Reed stated Blalock and Hall have implicated each other in the slaying. Blalock, meanwhile, denied witnessing the fatal shooting but said she heard two gunshots at the Spring Creek Recreation Area. She admitted to touching Patterson’s body to confirm she was dead, claiming Hall tried to clean up the scene.

The affidavit notes the twisted couple “poured bleach on the body in some effort to destroy evidence, and then Hall moved the body into the water.” Blalock and Hall had allegedly discussed several different ways of killing the 17-year-old. The teen attended Chouteau-Mazie Public Schools and played volleyball for her high school. Blalock and Patterson reportedly attended the same school. Both Blalock and Hall are jailed on a $1 million bond.

Through a statement, Mayes County Sheriff’s Office Maj. Rod Howell stated, “Our heart goes out to the family. I’ve met with them, visited with them in-depth, and I just can’t understand what they’re going through.I’ve got kids, and I just couldn’t even fathom.”