Woman Accidentally Shot by Dog While Waiting at Train Crossing 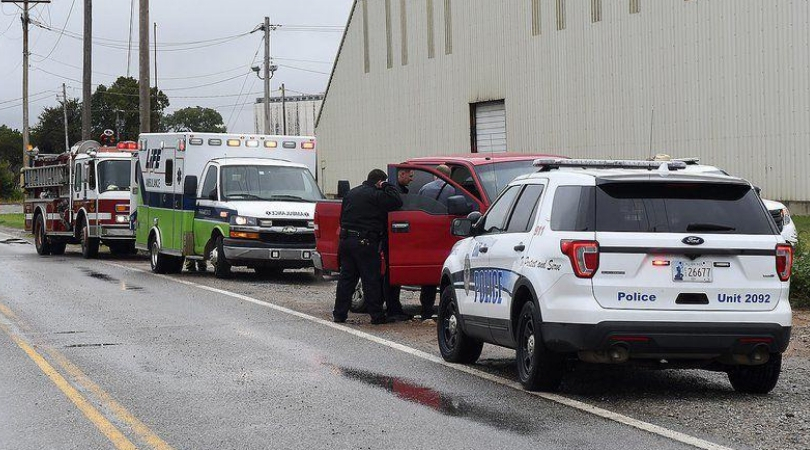 Well, you don’t hear this every day. Apparently, an Oklahoma woman was shot by a dog while she and the man she is a caretaker for were waiting for a train. According to Enid Police Department, police responded around 2:30 in the afternoon after receiving a 911 call reporting an accidental shooting.

79-year-old Brent Parks was with his caretaker, 44-year-old Tina Springer, who was in the passenger seat of the vehicle. Parks’ yellow labrador retriever was in the backseat, which has a folding center console where there was a .22 caliber handgun under. While they were stropped at a train crossing, the dog got spooked and jumped from the backseat and onto the console, which caused the loaded gun to discharge.

The bullet managed to accidentally hit Springer in her left thigh. In the 911 call, which was released by authorities, you can hear Springer’s plea for help as Parks tries to explain to the shocked dispatcher that she was shot out of nowhere. From absurd to comical, Parks burst out, “Well, it just went off, we have a dog here and she stepped on the gun.” The dispatcher then asked Parks if he has any clean cloths to stop the blood, to which he states he only had a belt, which he then uses as a tourniquet.

Authorities stated cloth from the seat covers could have gotten into the trigger of the gun, which caused it to discharge. The gun reportedly belonged to Parks, which he stated he normally does not carry the weapon loaded. Once authorities arrived, Springer was transported from the scene by Life EMS to St. Mary’s Regional Medical Center.

Talk about freak accidents, huh? That poor pup must have been so scared.