“Once a thief, always a thief” no longer rings true 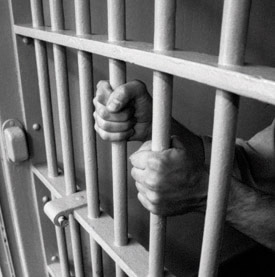 Once a thief doesn’t mean always a thief, according to a new scientific study on people’s criminal tendencies.

An economist at Transylvania University looked through data from more than 8,000 people over 15 years and learned a bit about bad behavior, according to a report in Science Direct.

The data revealed that one out of three men and one in four women had stolen something in the past 12 months. But most of them are what study author Geoffrey Fain Williams calls “petty thieves.” They took less than $50 worth of stuff in that time period. About 16 percent of people participate in the more high-dollar stuff.

Statistically, thieves are more likely to be male, minorities or something with less education. Those who smoke, drink or have mental health problems are also more likely to steal.

But for the most part, people only commit the act for a short period of time. Most stop after less than a year, and less than 5 percent continue for more than three years. So, the author concludes, being a thief seems to be more of a stage that someone goes through than an actual lifelong problem.

And yes, that “stage” does appear to be the teenage years, with the percentages dropping rapidly after 17 and dipping below 1 percent after 21.

And no, crime doesn’t pay. Williams said the average earned with theft was around $37.50.

I love the way The Washington Post put it: “Unlike drug dealing or other types of crime, which can sustain people economically for much longer periods, being a thief appears to be a poor substitute for having a legitimate job.”

By the way, rich teenagers are about as likely as poor teenagers to do it, so it doesn’t really have anything to do with an actual financial need. But if they keep thieving into their 30s, income does appear to have something to do with it.

I totally believe that thieving can be a stage. Teenagers probably get into it more for the thrill of doing something they know they shouldn’t. And when they grow up and gain some impulse control and thoughts about long-term consequences, they are likely to drop the behavior.

The criminal masterminds probably do exist, Williams says, but they are so few and far between that they would be hard to find on a self-reporting scientific survey. Most of the take is less than the cost of a family meal of Chinese takeout.