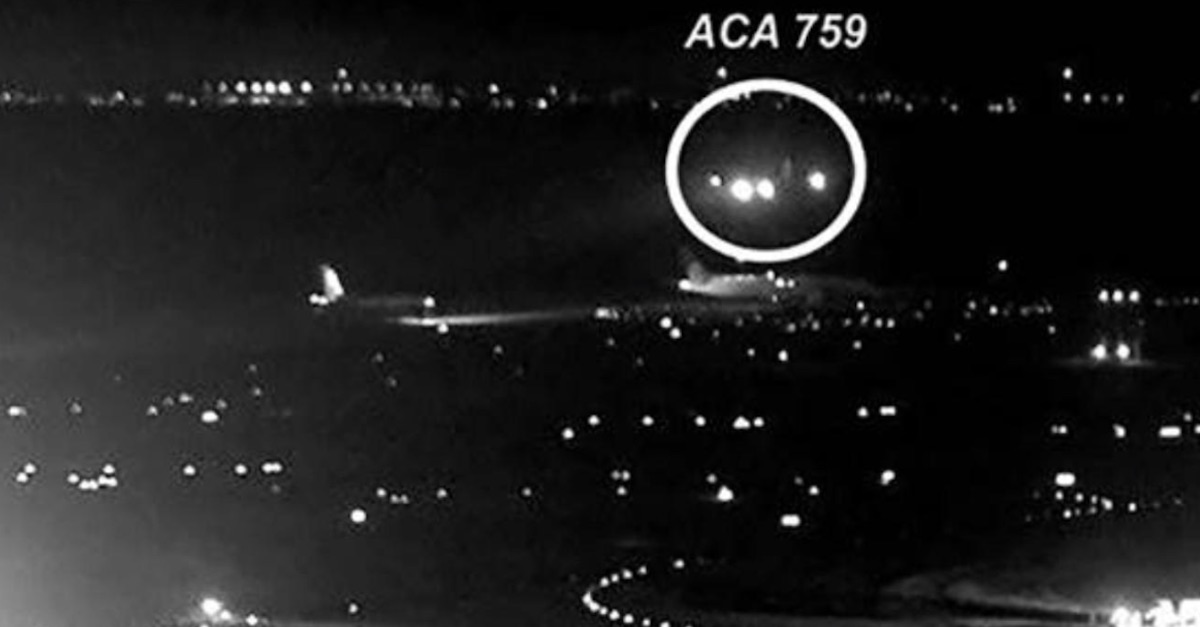 There was an incident July 7 at San Francisco International Airport that could go down as one of the biggest near-misses in the history of aviation.

RELATED: It had all the makings of a routine plane landing until this car came out of nowhere

Once you consider the facts of the situation, you may be inclined to agree.

A photo released from that night shows an Air Canada plane attempting to land. The problem? The pilots mistook a taxiway for a runway and flew a mere 100 feet above the four — four!— planes lined up there, all packed with passengers.

At its lowest point, NPR noted, the plane was 59 feet above the ground.

VICE spoke with CEO of Aero Consulting Experts and retired pilot Ross Aimer, and Aimer said that “this could have been, possibly, the greatest, most horrific disaster in aviation history.”

“As a guy who has been in situations like this for the last fifteen years, this was extremely close for comfort. Had the United pilot not spoken when he did, this could have been, possibly, the greatest, most horrific disaster in aviation history,” he said, crediting a pilot who yelled, “Where’s this guy going? He’s on the taxiway!” to air traffic control.

“The worst one in history was the Tenerife disaster where 600 or so people perished when two 747 crashed into each other. This would have been far worse than that in my opinion,” Aimer continued.

The NTSB said on Wednesday that “Both [Air Canada] pilots said, in post-incident interviews, they believed the lighted runway on their left was 28L and that they were lined up for 28R. They also stated that they did not recall seeing aircraft on taxiway C but that something did not look right to them.”

RELATED: Student pilot?s small plane crashes in the Everglades, and the news chillingly finds a gator ready to eat his remains

The investigation into the incident is ongoing. They still don’t know how the pilots got mixed up.