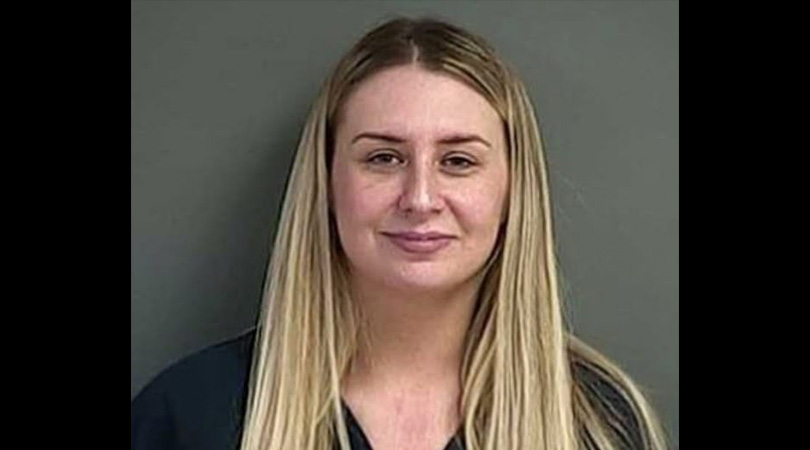 36-year-old Rheta Leanne Melvin is facing a litany of unenviable charges after being accused of carrying on a sexual relationship with a 14-year-old boy who goes to school with her own 14-year-old daughter. Melvin has been charged with luring a minor, online sexual corruption of a child, sexual abuse, sodomy, rape and contributing to the sexual delinquency of a minor for sending nude photos to and having sex with her victim.

The Oregon mom was arrested in her Riddle, Oregon home after allegedly luring the teenage male into the backseat of her car and having sex with him last week. Riddle had allegedly added the boy on the social media platform Snapchat and began sending him sexually explicit images and messages before tracking him down and assaulting him.

After the incident in the car Rheta Melvin continued sexual contact with the boy via Snapchat, sending sexually explicit messages and more nude photos. Melvin also attempted to again lure the boy into sex but the boy, who felt uncomfortable after their first encounter, made excuses to avoid her.

Finally the boy’s mother found out about the situation after being informed by another parent. At that point the boy’s mother reported Melvin to the Douglas County Sheriff’s Office. The boy explained the situation to officers and showed them some of the messages he’d been sent by Melvin, though he claimed he had deleted the nude photos that were sent to him.

In one of the messages that officers were able to read, the boy told Melvin he had decided not to get back together with an ex. Melvin replied that it must be because the boy was saving himself for her. Police collected DNA from the shirt the boy said he was wearing during the incident in the backseat of Melvin’s car.

Melvin admitted to the police that she sexted the boy and sent him nude photos but claimed she thought he was 17 or 18. Melvin also admitted to sexting other young kids. She was arrested and later released on bond from the Douglas County Jail.

This story was originally published December 10, 2019.

Watch: A Decade After A Teacher Sex Scandal: Where Is Debra LaFave Now?