Oscars attendees had messages for Donald Trump, but he was busy hosting some distinguished guests 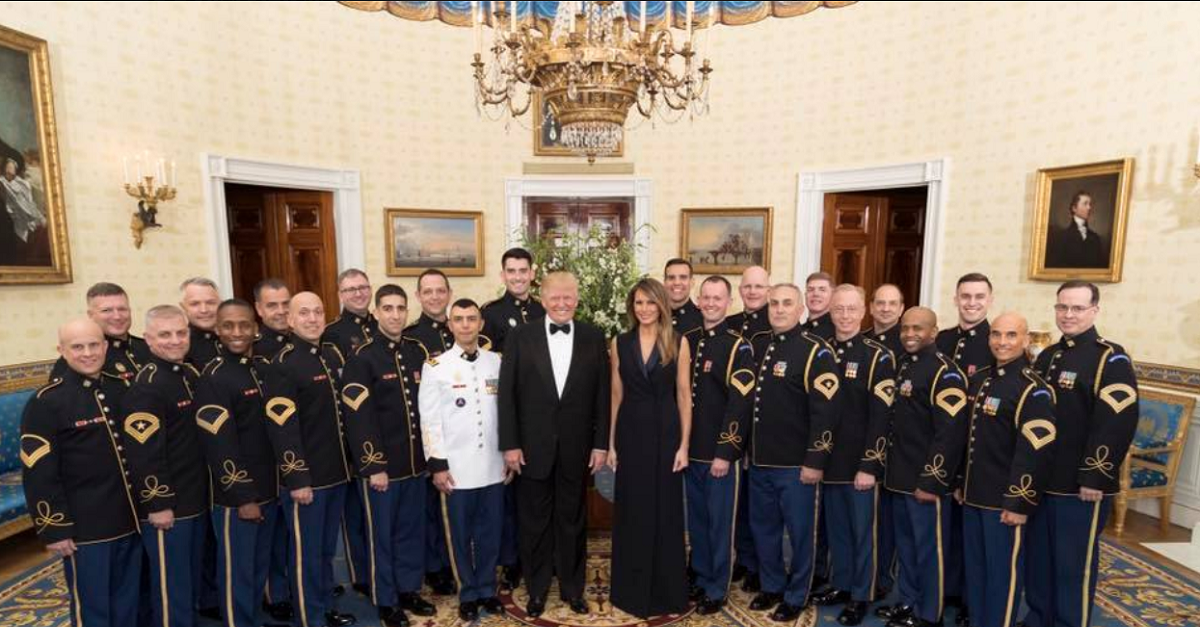 While most of the country had their eyes on the Oscars, Donald and Melania Trump were hosting the Governors Ball at the White House in Washington, D.C. It’s an annual event for state governors, most of whom are Republicans.

Governors Ball at the White House this evening was wonderful!

RELATED: New Mexico’s governor just made history with this one prestigious appointment

Eyes were also on Melania Trump, for whom the Governors Ball was the first event she hosted as first lady. The theme she chose was “Spring’s Renewal.” A statement from the First Lady reported by ABC reads ,in part: “The scents of jasmine and roses fill the air as we give thanks for this great Nation and the glory of renewal.”

She asked attendees to leave “political labels and partisan interests behind,” somehow.

Donald Trump boasted at his toast that the dinner saw “a record number of governors, 46, and that’s the highest that have ever showed up for this evening,” though we can’t confirm this. Washington Post’s Reliable Source says Trump also welcomed “the governors and their wives and children,” seemingly forgetting that there are five women who hold the seats around the country, counting Muriel Bowser of Washington, D.C. Trump went on to tout the accomplishments of his first month in office and hinted at coming healthcare challenges.

The Trumps and the nation’s governors heard from the Marine Corps Band, and Trump honored the Army Chorus.