Out of nowhere, Kobe Bryant says he’d join Kaepernick’s protest if he were still in the NBA 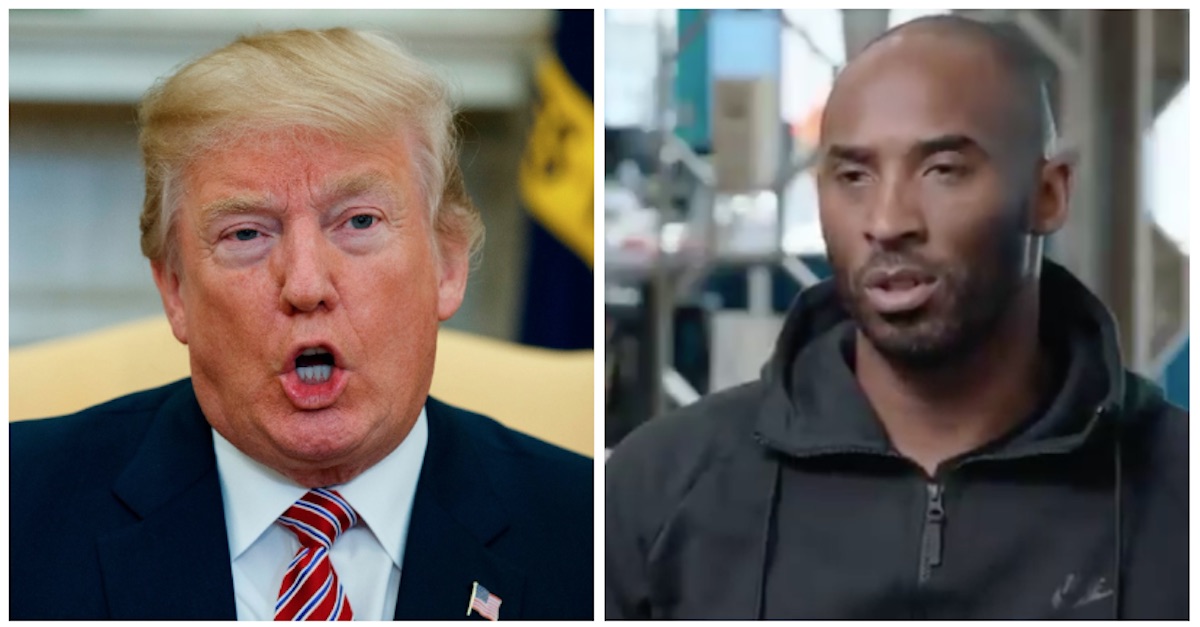 Retired NBA star Kobe Bryant during an interview with outspoken ESPN anchor Jemele Hill weighed in on  the Colin Kaepernick protest debate by saying that if he were still playing today he would have joined in on it despite potential backlash.

Bryant said that Kaepernick’s message was a “very simple one” and that people are as entitled to protest peacefully as they are to be upset about those protests.

?Yeah, I would have participated in it, for sure. I’m sure I would have gotten some flak for it. That’s fine,” told Hill. “I think that Colin’s message was a very simple one. It was police brutality needs to stop. We need to take a look at that.?

?I think we understand this is a free country. I think we have the right to peaceful protest,” he continued. “That’s what the flag represents as well. The ability to speak, the ability to voice your opinion.”

Bryant’s comments come on the heels of a Philadelphia Eagles player effusively praising Kaepernick as a “legend,” while he and other Super Bowl championship teammates declined White House appearances.

Hill, who was suspended for two weeks months ago for calling President Donald Trump a “white supremacist” on her personal Twitter account, made the recent comments on Rev. Al Sharpton’s show “Politics Nation.”

Sharpton asked how Hill felt about Trump “[taking] a shot at people that are standing up about injustices?”

Hill replied that she wasn’t surprised because Trump is a “racial pornograph[er].”

“I wasn’t surprised, and I think this is going to be ? a probably, a constant thing for the president, because it’s a very easy dog whistle, it’s low hanging fruit, it’s what I like to call ‘racial pornography,’ because it’s a way to stoke his base,” she said.

The Sporting News reached out to ESPN for comment about Hill’s MSNBC appearance and ESPN spokesman Mike Soltys replied that “the anthem is a sports issue.”

RELATED: Cardi B says she won’t perform at a Super Bowl until Kaepernick plays

Previously, as we mentioned, Hill was suspended for tweeting that “Donald Trump is a white supremacist who has surrounded himself with other white supremacists,” and that Trump is ?bigot? and ?the most ignorant, offensive president of [her] lifetime.?

ESPN released a statement in October saying that Hill was suspended for violating the company’s “social media guidelines.”

Hill followed that with an apology for “paint[ing] ESPN in an unfair light.”