JACKSONVILLE, Fla. — A Florida elementary school has returned toilet paper to its bathrooms after parents told ActionNewsJax story about the school’s actions, including one apparent explanation from a teacher that “a student in the bathroom […] can give them extra.”

RELATED: Georgia teacher kicks students out for wearing MAGA shirts and pushes her own opinion

Carter G. Woodson Elementary School in Jacksonville had been refusing to put toilet paper in the stalls there.

Half an hour after Action News Jax’s story aired, Duval County Public Schools spokesperson Laureen Ricks called the newsroom to say toilet paper has now been returned to the stalls.

Mother Shantia Peterson said it was not only embarrassing, but also worried about whether it was sanitary.

“You can’t just have it going from hand to hand,” said Peterson.

Peterson said she was sending her 4th-grade daughter to school with a toilet paper roll in a Ziploc bag.

“I did speak with the teacher about it as well. And I asked, I said, ‘What about if they run out?’ She said, ‘Well, we have a student in the bathroom that can give them extra.’ A student? A student!” said Peterson.

“The practice of not keeping toilet paper in school restrooms – as a result of misuse or waste – is not encouraged by the district. We will continue to communicate this to our schools to ensure consistency district-wide. We invite parents to contact their school or the district if they have any concerns about this practice taking place in their child’s classroom or school so that we can immediately address. We also ask parents to partner with us in talking to students about appropriate bathroom etiquette and the importance of respecting school supplies and resources,” Ricks said in a statement.

Peterson recently moved her daughter to a different school.

RELATED: A group of Irish ragamuffins used a firecracker to unblock a toilet and created a disgusting mess in the process 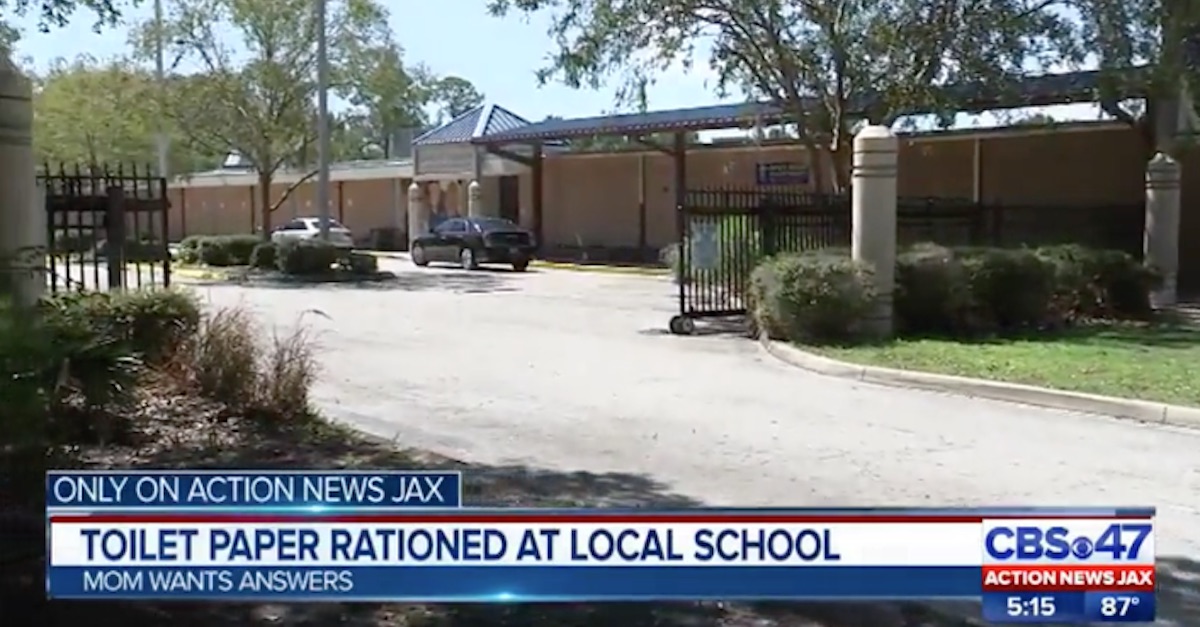