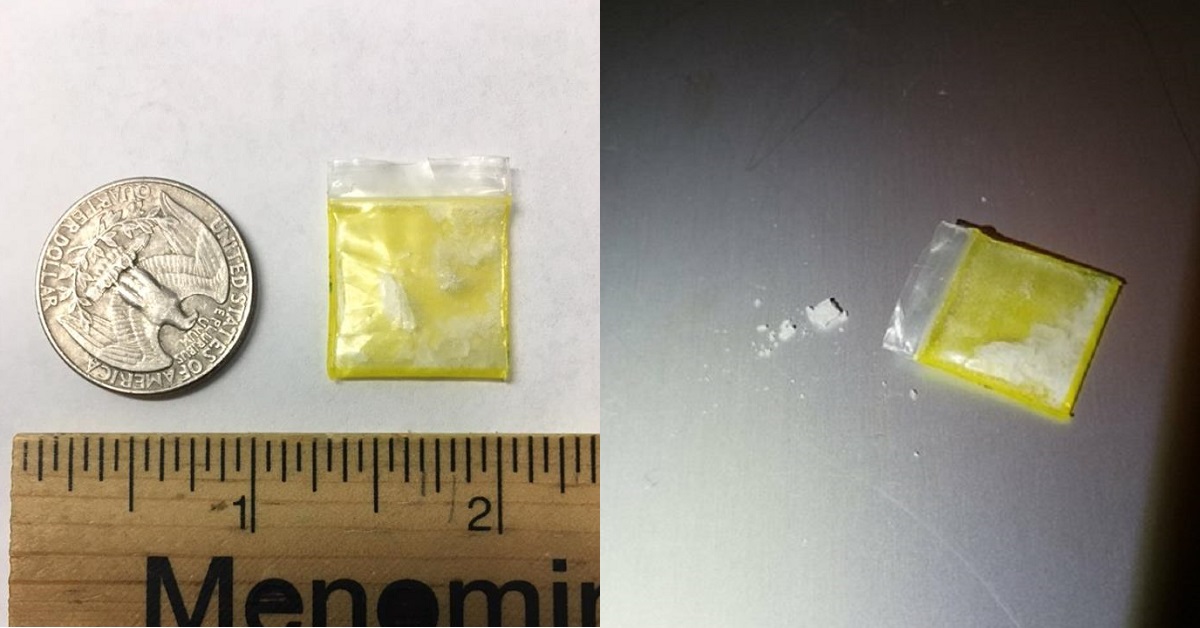 Tribal police in Wisconsin are issuing new warnings to parents to examine their children’s Halloween candy after finding a small bag of crystal methamphetamine in a child’s bag.

The Menominee Tribal Police Department in Keshena, Wisconsin posted photos of the tricks that ended up in a child’s bag of treats early on Monday, October 30.

RELATED: A fed up business owner live streamed meth addicts camped on a sidewalk to show the toll it takes daily

At this time, detectives believe it is an isolated incident, according to Fox11. Tribal Police detective Josh Lawe says the department has received no other such reports, indicating that this was likely an accident. But it’s part of a greater problem for the area, according to police chief Mark Waukau. Meth, he says, is “coming up more, we are making arrests, on the streets, and traffic stops.”