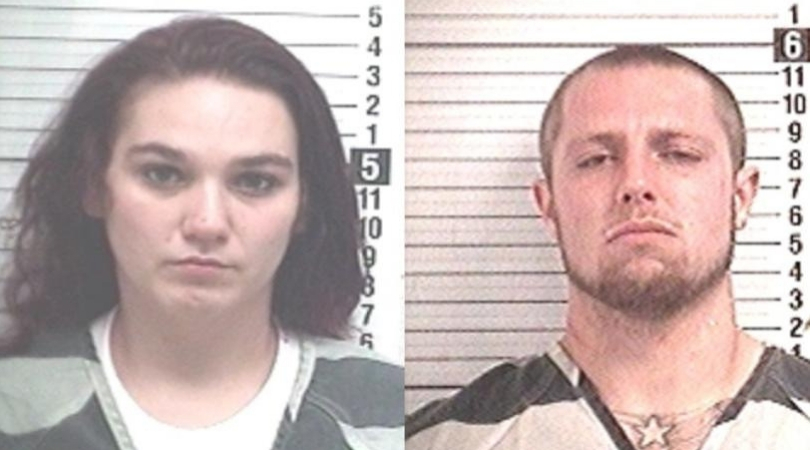 An Ohio couple was arrested after IHOP employees found a naked toddler walking around the parking lot area by himself. According to Florida officials, IHOP employees arrived at the restaurant at 5:30 a.m. and quickly called authorities, wrapping the 21 months old in an apron and taking him inside the restaurant.

Searching for the parents, the employees noticed a van in the parking lot where two adults were passed out inside and attempted to wake them up, but were unresponsive. The mother of the children, 24-year-old Jordyn Freeman, and her fiance 27-year-old Randy McMillin of West Portsmouth, Ohio, were clearly under the influence of drugs.

When officers arrived and inspected the vehicle, they found 9-month-old twins in the backseat with the parents, along with the drugs inside the van. The children were all in good health but needed clean diapers and clothes. One of the twins was covered with blankets and pillows. According to the reports, Freeman also has two more children but their whereabouts at the time of her arrest were not made public.

Officers helped care for the children by dressing them while IHOP employees gave the children pancakes to eat, because we all know pancakes make everyone happy. They are now under the custody of the Department of Children and Families. Freeman and McMillin were taken to the Bay County Jail and have both been charged with child neglect, possession of drug paraphernalia and possession of methamphetamine.

I really have to give it to these officers for taking care of these children and making sure they were safe before leaving. Some people clearly don’t deserve to be parents, and this is a true example of that. I hope these kids get free IHOP for life and those employees get a raise!

Watch: The Pink Moon Is Coming