Much has been made of some of Super Bowl LI’s champions publicly declining to go to the White House, so much so that the noise has reached the ear of Patriots owner Robert Kraft.

Kraft addressed the news Monday on “The Today Show” by downplaying it.

“Well, you know what’s interesting, this is our, I’m happy to say, fifth Super Bowl in the last 16 years,” he said. “And every time we’ve had the privilege of going to the White House, a dozen of our players don’t go. This is the first time it’s gotten any media attention.”

“You know, some of the players have the privilege of going in college because they’re on national championship teams, others have family commitments. But this is America. We’re all free to do whatever’s best for us. We’re just privileged to be in a position to be going.”

“It is what it is. People know how I feel about it. Just follow me on Twitter,” he would add.

Defensive back Devin McCourty also announced his decision not to go to D.C.

“I won’t be going to the White House,” Blount said, echoing McCourty. “I just don’t feel welcome in that house. I’ll just leave it at that.” 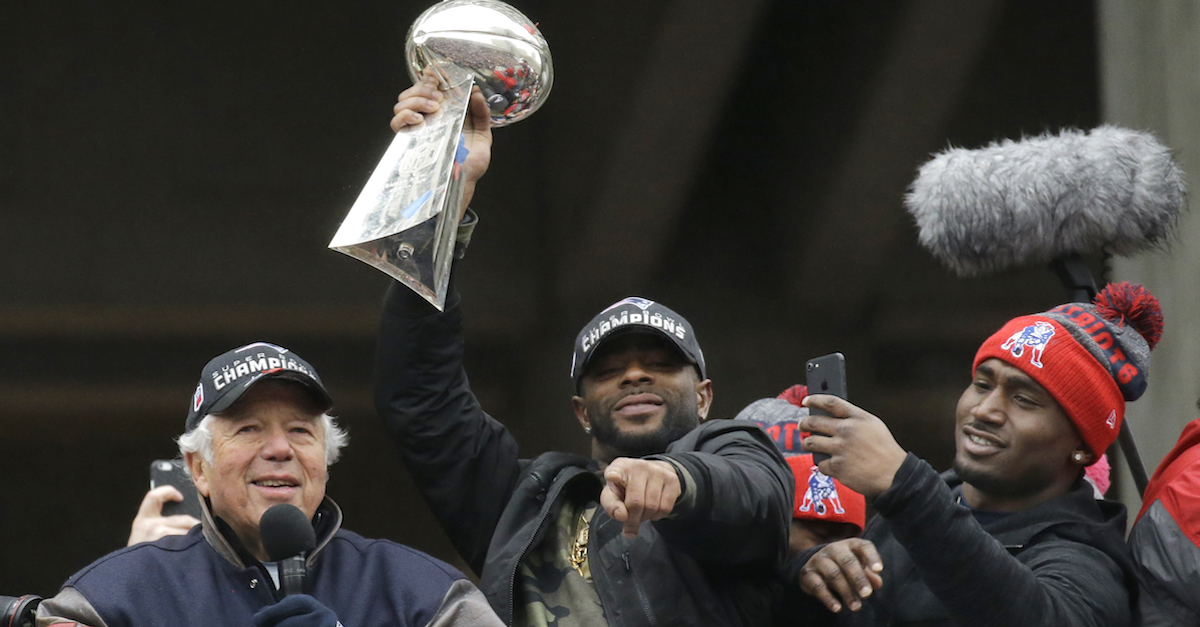