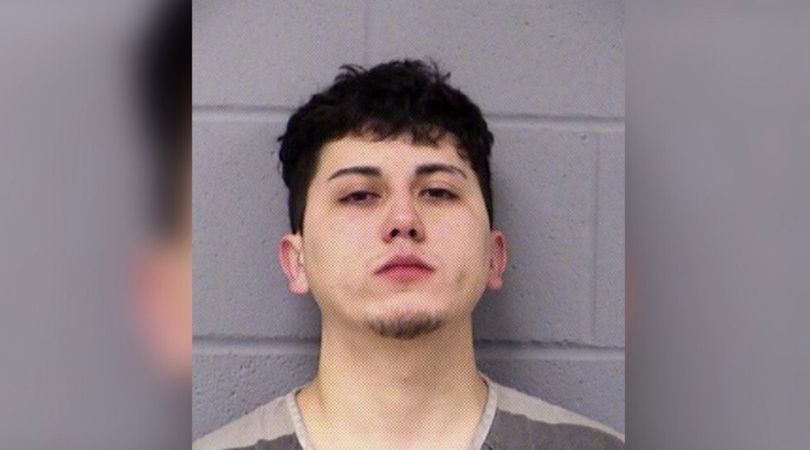 A Texas man was arrested over the weekend after walking into a beer garden just minutes after fatally striking a pedestrian with his car, and leaving the mangled body parts in the passenger seat. Yes, this horrible man decided to just ignore the fact that he had killed someone, and basically said, “I’ll deal with the body later, it’s time for a beer.” Disgusting.

24-year-old Paul Joseph Garcia is accused of striking the pedestrian in a white Ford Focus and sending the body through the car’s windshield, which landed on the passenger seat. Garcia then allegedly drove half-mile with the mangled corpse. According to Austin police, witnesses stated Garcia was barefoot and “calmly” walked from the car into the South Austin Beer Garden in a manner that “caught the attention of other patrons.” Authorities noted he was not served any alcohol at the bar.

What an absolutely giant piece of shit.https://t.co/OS72RXpTHM

When authorities arrived, they noticed Garcia has debris and blood on him, which later matched “the blood and body tissue found coated in the interior of the vehicle.? The victim was allegedly pushing a shopping cart before Garcia struck him with his vehicle around 10:40 p.m. in South Austin. According to the affidavit, the pedestrian has extreme traumatic injuries to their head and some of his body parts had been detached.

The cart had hit a cluster of mailboxes with enough force that was “able to bend a two-inch-thick galvanized steel post.” Several witnesses reported seeing the Ford without any headlights on and was driving recklessly at a high-speed.

This drunk driver in Texas allegedly hit and killed a pedestrian and drove at least a half-mile with a “mangled corpse” in his carhttps://t.co/rqB9OREmTZ

Police officers conducted a sobriety test on the man and quickly placed him under arrest on a charge of driving while intoxicated. He was then booked into Travis County Correctional Complex and was charged with intoxication manslaughter with a vehicle, which is a second-degree felony, along with other traffic charges. He is being held on a combined bail of $110.000.

Hey people, word of advice, don?t be stupid. Don?t drive if you know you?re going to be drinking. Tragedies like this one can easily be avoided. Stay safe out there, Austin.