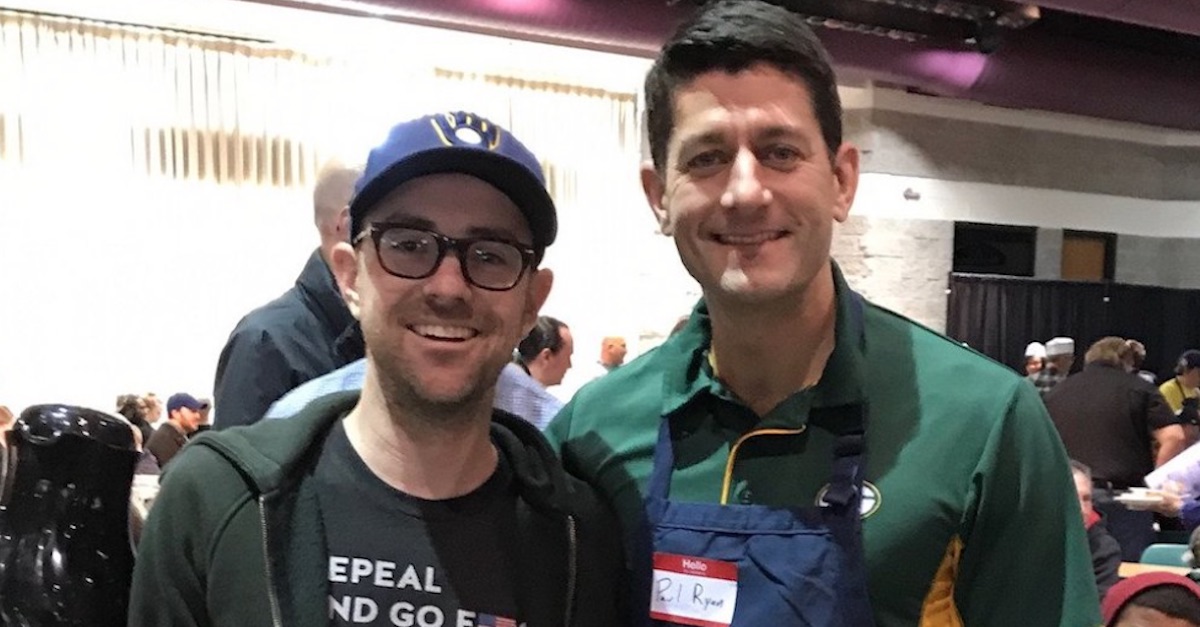 Paul Ryan might want to take this photo op back.

The embattled Speaker Ryan (R-Wisc.) made an appearance, it appears, in Wisconsin to serve up some pancakes and do what politicians do: take pictures and smile.

But what Ryan didn’t catch was the shirt this guy was wearing.

“Couple friends of the pod hanging out this morning,” he tweeted.

As you can see, it said, “Repeal and go f*ck yourself,” alluding to the American Health Care Act (ACHA) legislation passing through the House of Representatives on Thursday.

As the Hill noted, the shirt is from the podcast “Pod Save America,” which is hosted by former Obama Administration staffers.

RELATED: President Trump won a battle over Obamacare repeal, but will he win the war?

Former speechwriters Jon Favreau and Jon Lovett seemed to favor and love this.

“Oh my god this is amazing,” Favreau tweeted.

Both host the show “Pod Save America.”