“Peaceful protest is fine”: This MLB heavyweight says focus is on the wrong things 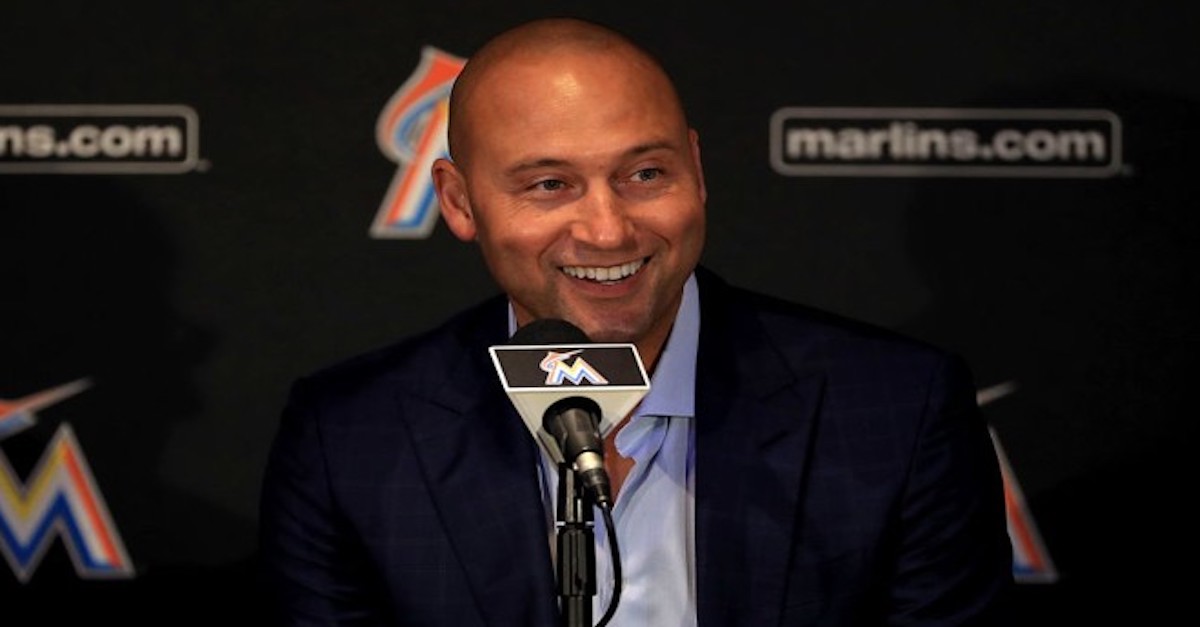 Now that Derek Jeter is in an ownership position, he is faced with answering questions about protests during the national anthem.

RELATED: Mike Ditka has some strong words on players kneeling during anthem

During a dinner Wednesday night for his Turn 2 Foundation, Jeter was asked about his views on players protesting during the national anthem. While he wouldn’t say if he would take a knee, the future Hall of Famer and new Miami Marlins co-owner has no problem if his players wanted to protest.

“Peaceful protest is fine,” Jeter, who is biracial, told the New York Post. “You have a right to voice your opinion, as long as it’s a peaceful protest.”

The protests began last year with former 49ers quarterback Colin Kaepernick, who sat and knelt during the anthem to protest racial injustice. Many NFL players, like the Seattle Seahawks’ Michael Bennett, Philadelphia Eagles’ Malcolm Jenkins and the Miami Dolphins’ Kenny Stills, have followed Kaepernick by sitting or holding a fist in the air while the anthem is being played this season.

After President Donald Trump said players who protest during the anthem should be fired — calling them SOBs in the process — many more joined the peaceful demonstrations.

RELATED: Before he took a knee in Arizona, Trump reportedly called Jerry Jones over and over

“The thing that I think is probably frustrating with this whole rhetoric that’s going back and forth is people lose sight of why someone was kneeling,” Jeter told the New York Post. “They’re focused so much on the fact they are kneeling, as opposed to what they are kneeling for.”

Athletes across different sports are following in the NFL players’ footsteps. In the NHL, Tampa Bay Lightning winger J.T. Brown raised a fist during the national anthem last Saturday, for which he received death threats. One player in the MLB, Athletics catcher Bruce Maxwell, has taken a knee.