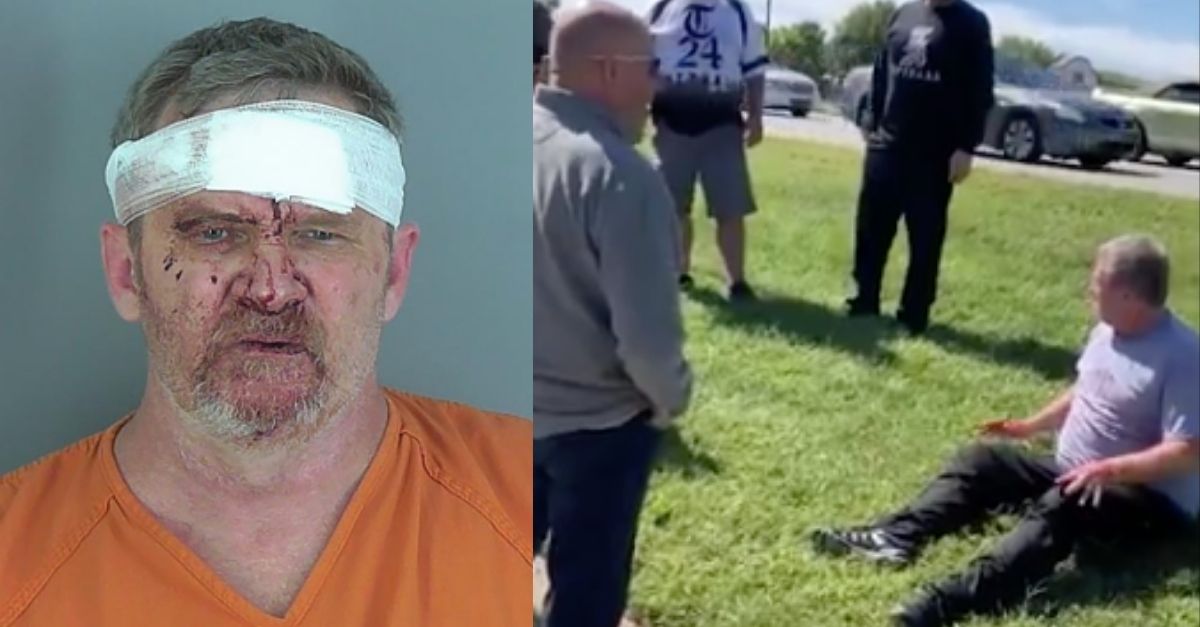 My dad is the kindest, sweetest, most gentle and upright man I’ve ever known. He’s also the strongest, most firm kind of dude, and you do not want to mess with him in any way. He’s the best man I know because he upholds his morals and truly puts other people above himself. But again, you do not want to push his buttons, especially as a father to a daughter, just like this idiot did at a Cracker Barrel restaurant in Duncan, South Carolina.

53-year-old Douglas Lane is a registered sex offender, who got his face beat in by a group of fathers after messing with the wrong 15-year-old teenage girl. This peeping dummy got caught when the 15-year-old girl was using the women’s restroom at the Duncan Cracker Barrel, when she saw the man’s head moving around her feet by the bathroom floor as it was coming from the stall next to her.

The poor girl left the Cracker Barrel restroom, traumatized, and told her father, who actually didn’t lose his cool at first. Her father told an employee, who validated the teenage girl’s story when she went into the restroom and started yelling for the man accused to get out. However, the girl’s father confronted the registered sex offender accused at the front of the restroom. A witness said that Lane, “came running, sprinting out the front door with a very bloody nose.”

According to Duncan Police Chief Carl Long, as Lane had tried to run away, other fathers aware of the alleged incident had helped tackle lane the parking lot of this Cracker Barrel and restrained him as they waited for police to arrive. Police also found Lane’s phone on the bathroom floor.

While getting booked at the Spartanburg Co. Detention Center, Lane has received a $2,000 surety bond and will be GPS monitored with charges of voyeurism and possession of marijuana and drug paraphernalia. He was already a registered sex offender that has been charged at least eight times in the past for peeping. And his bond hearing was hilarious, as Lane was explaining what kind of excuses he had to even be in the women’s restroom in the first place.

The way the girl’s father handled this, along with the other group of men, is probably the way my dad would’ve handled this situation. Not that anyone condones violence, but in order to protect his daughter, he did what he had to do in order to keep the man restrained. If a group of dads tackle a man, I’m sure it’s for a good reason.