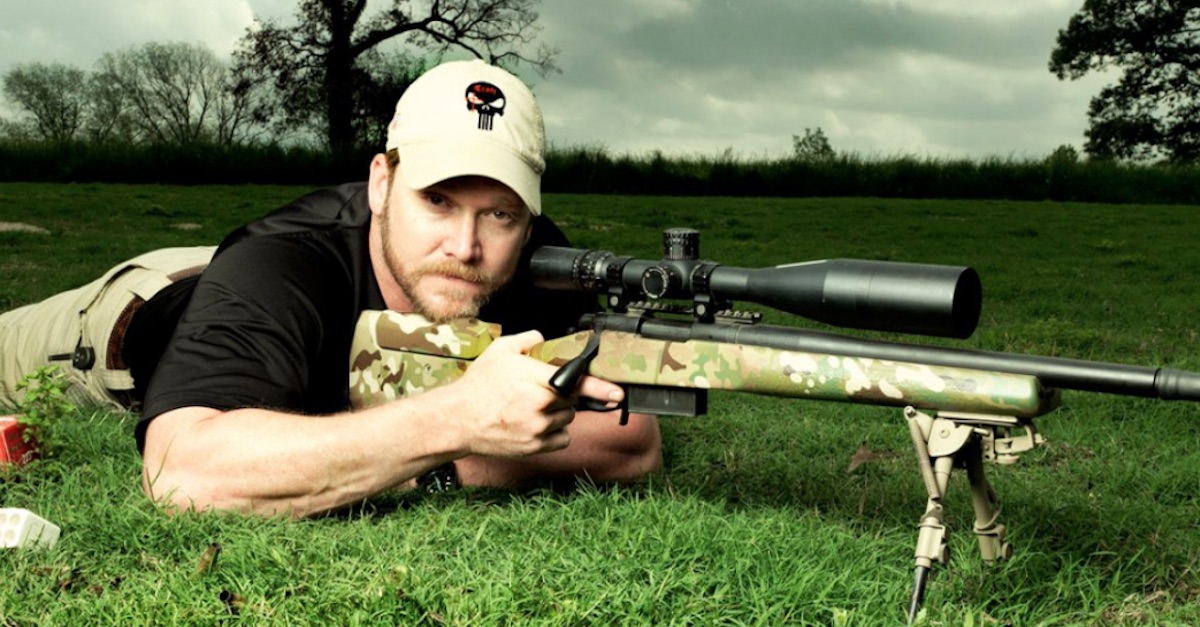 Chris Kyle, the renowned Navy SEAL who wrote a book called “American Sniper” that turned into a blockbuster film starring Bradley Cooper, claimed in his book that he received two Silver Stars and five Bronze Stars, but internal Navy documents obtained by The Intercept say Kyle only received one Silver Star and three Bronze Stars.

Was the American Sniper Chris Kyle an American Liar? @sheelaghnyc & I try to answer https://t.co/13n7dY7Z7F

Because of this, Gawker is calling Kyle an “American Liar.”

The headline has been met with a negative response.

@Gawker Really you are going to call a deceased veteran out for lying? His accomplishments should far outweigh words written in a book!

@Gawker Really you are going to call a deceased veteran out for lying? His accomplishments should far outweigh words written in a book!

@Gawker You guys are disgraceful. The man left behind a wife & kids, & you're still trying to demonized him even in death. Let it go.

@Gawker are you serious with this HED???

@Gawker how did it feel to get FUCKED by Hulk Hogan in front of the world? How/why are you still in business?

@Gawker leave this planet and never come back

RELATED: Chris Kyle’s wife shared the one thing he wanted to be remembered for, and it proves his death was not in vain

In his book Kyle wrote that he “would end my career as a SEAL with two Silver Stars and five Bronze [Stars], all for valor.”

Here is what The Intercept reported on that claim:

But Kyle, who was murdered by a fellow military veteran [Eddie Routh] several years after leaving the Navy, embellished his military record, according to internal Navy documents obtained by The Intercept. During his 10 years of military service and four deployments, Kyle earned one Silver Star and three Bronze Stars with Valor, a record confirmed by Navy officials.

Kyle was warned at least once before American Sniper was published that its description of his medal count was wrong, according to one current Navy officer, who asked not to be identified because he was not authorized to speak about the case. As Kyle’s American Sniper manuscript was distributed among SEALs, one of his former commanders, who was still on active duty, advised Kyle that his claim of having two Silver Stars was false, and he should correct it before his book was published.

RELATED: An adventure park in Georgia is honoring Chris Kyle in an a-maze-ing way

The report says Kyle was warned of the inaccuracy prior to the publishing of “American Sniper.” Thus, anonymous internal Navy sources claimed that the “embellishment” was known to the Navy.

A SEAL officer interviewed by The Intercept speaking anonymously said “SEAL leadership was aware of the embellishment, but didn’t want to correct the record because Kyle’s celebrity status reflected well on the command.”

“Everybody went on a pilgrimage to his funeral at Cowboys Stadium knowing full well his claims weren’t true,” he added.

Kyle was murdered in 2013 by Eddie Ray Routh at a shooting range. He was survived by wife Taya Kyle and two children.

As recently as April, Taya Kyle remembered her husband on his birthday with a heartfelt message.

“I celebrate you with an ache in my heart and a gratitude beyond all gratitude that God made someone as amazing as you and that I was allowed to love you at all,” she wrote. “I love you and hope heaven is throwing one heck of a party for a life well-lived. You earned it!”