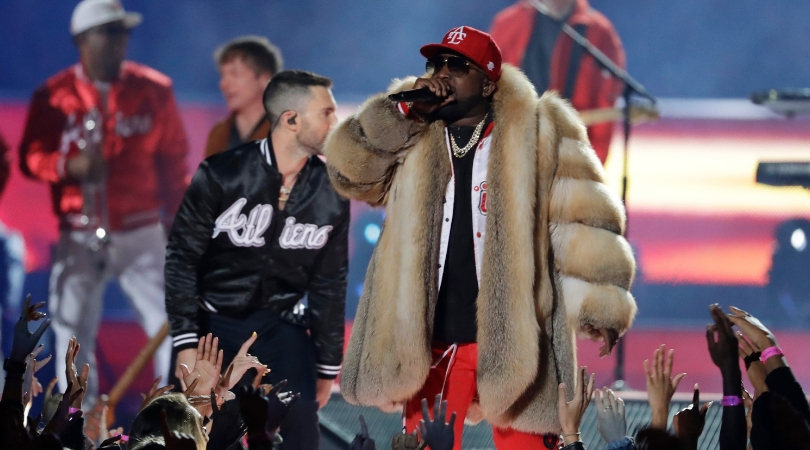 It?s no secret that the NFL Super Bowl LIII halftime show gained a lot of attention this year after it turned out to be quite…dare I say, random? Maroon 5 opened up the halftime show (with a shirtless Adam Levine and everything), followed by Travis Scott and Atlanta Rapper Big Boi. But, it turns out our favorite animal organization, PETA, wasn?t too thrilled with Big Boi?s choice of outfit.

Rolling on to a field in a very impressive Cadillac convertible, the rapper danced his way on stage sporting an over the top fur coat. After the show, People for the Ethical Treatment of Animals quickly tweeted a side by side graphic of Big Boi in his fur coat, next to a hairless fox asking their followers who wore it better. Peta tweeted, ?If animals have to be murdered for your coat, just choose something else for fox sake.? Pun intended.

Of course, PETA didn?t stop there but also tweeted out a very graphic and unnecessary video showing the materials used to kill animals for their fur. The company said his whole set was horrifying after animals had to die for his outfit. Which honestly, I understand where PETA is coming from, but only because it looks like Big Boi stole the coat from his great-grandmother’s closet. It?s terrible, someone fire his stylists ASAP.

Hey, @BigBoi! The way you move is horrifying when animals have to DIE for your outfit. #SuperBowl #SBLIII #Halftime pic.twitter.com/EG9N7slwxi

Hey PETA, totally on your side with the whole no fur thing, but when will it end? Let us live, we don?t need or want to see all those animals slaughtered every time someone “makes a mistake.” Can’t we just boycott them like regular people instead?