Martin Shkreli took to Facebook on Tuesday to offer a $5,000 reward for Hillary Clinton’s hair, saying he “must confirm the sequences [he has].”

In Tuesday’s post, Shkreli implied that he already has samples of Clinton’s DNA but that he needs to confirm them, writing “payment after the sequence matches.” He also tacked on a disclaimer that the post was satire — though that post-script was laced with sarcasm. Shkreli supported Donald Trump in his race against Clinton into the White House; though Trump expressed mixed feelings on the former Pharmaceutical CEO — once calling him a “spoiled brat,” then later thanking him for his support, via Twitter.

RELATED: Hats off to the courtroom sketch artists who drew “Pharma bro” Martin Shkreli as a ghoulish gnome

Clinton is beginning the tour for her book “What Happened,” which recounts her 2016 election defeat. She kicks off the trip in Washington on September 18, and The Hill noted that an attempt to pull out her hair could be interpreted as assault.

Shkreli rose to fame for gouging the price of an AIDS medication to an absurd amount. Then his antics on social media (which got him kicked off Twitter) cemented his role as one of the most hated men in America. In early August, he was convicted on charges that he deceived investors. During that trial, his lawyers bemoaned the fact that their client is roundly hated, saying they couldn’t find unbiased jurors. After the five-day-long trial, Shkreli echoed Trumpian rhetoric writing on Facebook “my case is a silly witch hunt perpetrated by self-serving prosecutors…drain the swamp that is the (Department of Justice.)” 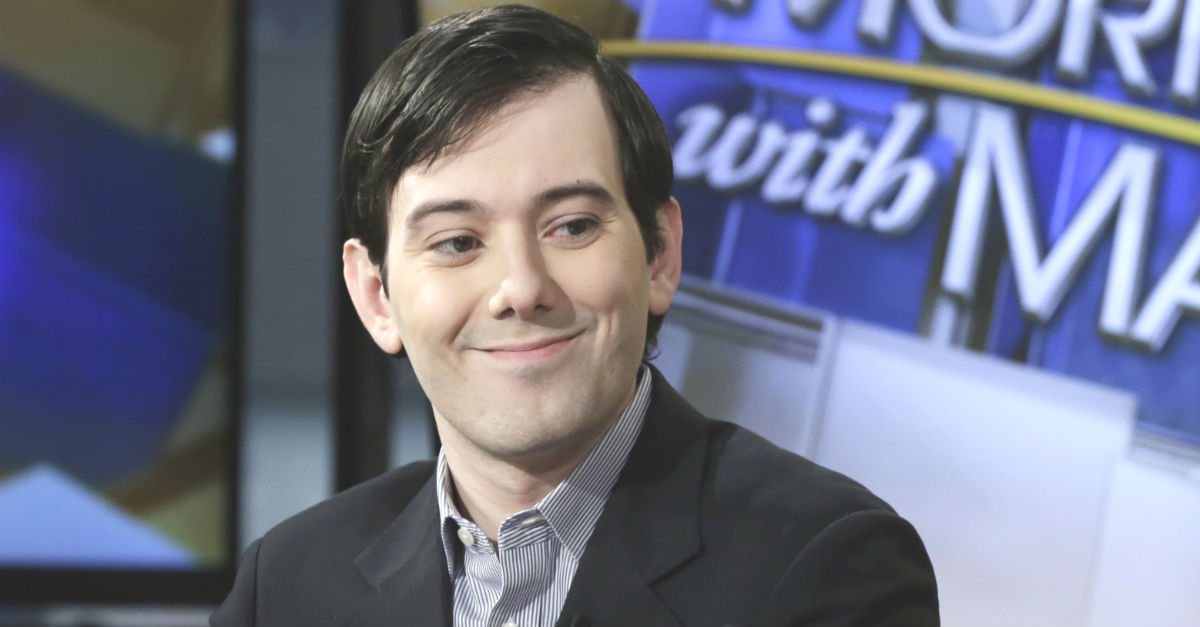