Picture day at school, family photos, weddings — these are the kinds of moments in life we all want to remember, and when we don’t think our photography skills cut it, we call in the professionals.

Most of the time, the pictures turn out for the best and end up on our walls of fame, but this photo editing fail is a prime candidate to enter the hall of shame.

The pictures you are about to see weren’t a joke between the family and the photog-for-hire. Someone actually sat down, did this, looked at it and said “this is probably fine.”

How do we know it’s not a joke, you ask? Because the Zaring family said so.

“Ok. This is NOT a joke. We paid a photographer, who claimed to be a professional, $2-250 for a family photo shoot. Please see these FOR REAL photos she delivered to us….She said the shadows were really bad on the beautiful, clear, sunny day and that her professor never taught her to retouch photos. Feel free to share ??? I literally have not laughed this hard in YEARS!!!!! You can’t make this stuff up…..again, this is NOT a joke – final product,” the family wrote on Facebook.

Please note that the photo editor actually put a name on this.

In the bottom right corner you can see “IMagery by Lesa Hall.” Why the dogs appeared as they would in real life and the family didn’t is anyone’s guess.

The internet, understandably, went berserk over this.

Have we considered the idea that this is what this family looks like? Wet Chalk Family just wants to live their life

I mean, the bright, sunny days actually produce the worst shadows, to be fair. 😂

😂 I fixed it again. pic.twitter.com/J4RmJitxEW

Your photographer must be George Costanza. pic.twitter.com/F5jlzQOBJp

And our personal favorite joke:

This is the perfect gift for family in witness protection but still wants to send out a Christmas card.

You win, Fresh Fry. You win.

The Zarings revealed that they were offered another photo shoot, but said “we are good.” 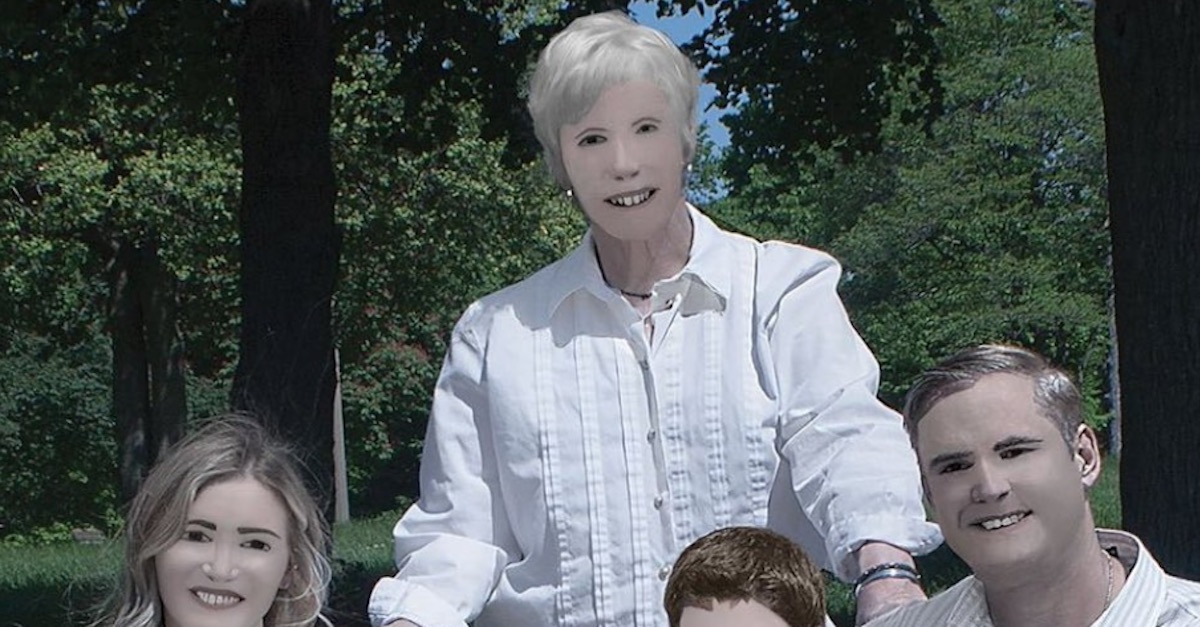