A pit bull mix in Tampa Bay, Fla. that didn’t take kindly to being dressed in a sweater responded by attacking and seriously injuring its owner on Friday.

The attack by Scarface on 52-year-old Brenda Guerrero happened in the early afternoon. Guerrero’s husband Ismael and her 22-year-old Antoine Harris, who both intervened, were also attacked.

RELATED: After this mom was mauled to death by pit bulls, investigators drew a stunning conclusion

Harris successfully stabbed the violent dog in the head and neck.

The two men escaped relatively unscathed. According to WTSP, Brenda Guerrero’s injuries are considered serious but not life-threatening.

As for the dog, it had to be shot with a tranquilizer gun and then some to be subdued. At one point, it made its way from the backyard into the house near two children.

RELATED: He was walking to school with his mom when four dogs attacked — the warning signs were there

When in the house, Tampa Bay Police shot the dog with a bean bag gun and used a Taser.

A police spokesman speaking to WFTS said the dog was so out of control that it was able to shrug off the Taser.

“Officers responding said the dog was pretty aggressive,” Eddy Durkin said. “When they Tased the dog the dog was still pulling away and was able to release the prongs from the Taser.” 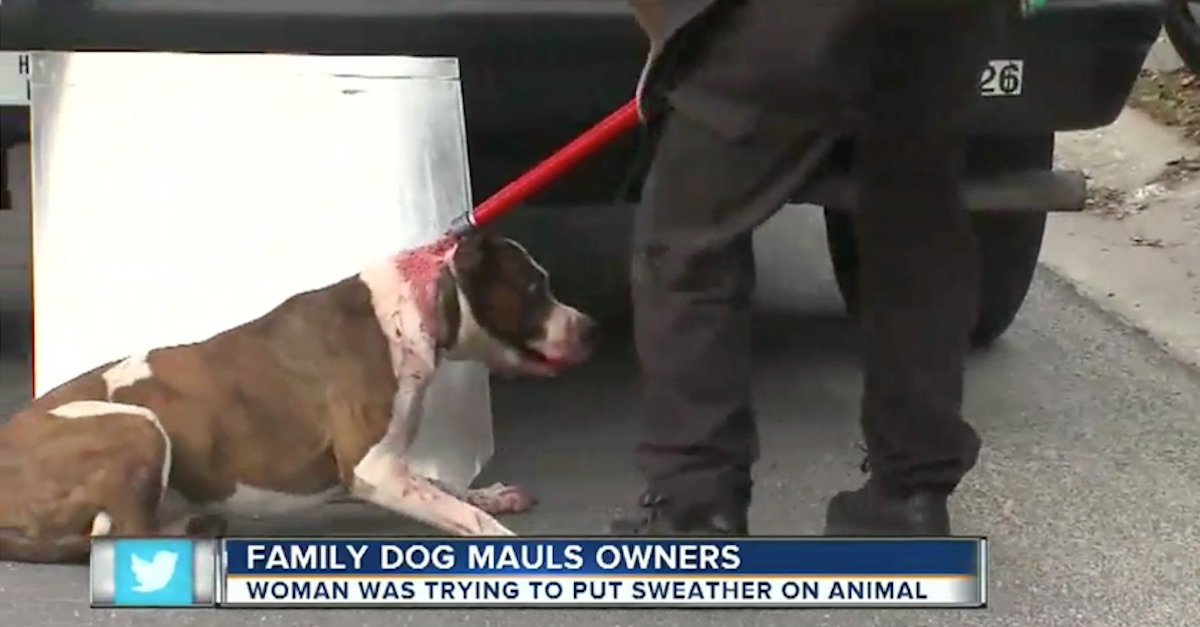