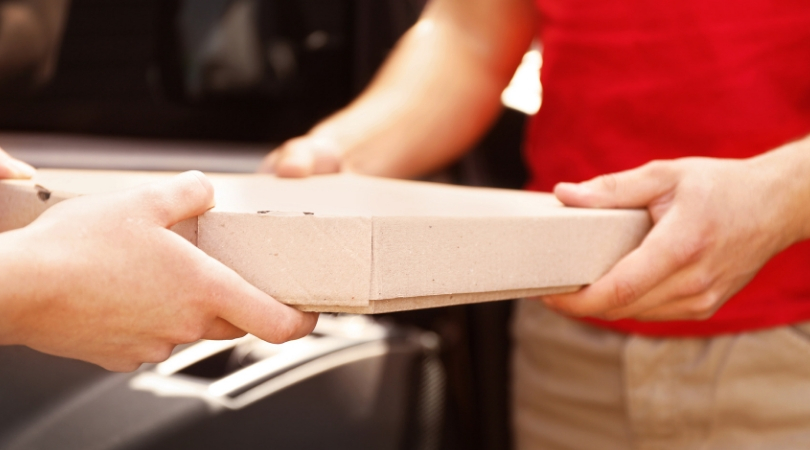 You know how they say that sometimes you’re in the right place at the right time? Well, this is living proof of that. Kentucky police have honored a pizza delivery driver after he rescued two girls who were allegedly being abused by their father. According to the Lexington Police department, Mark Buede was delivering pizza to an area motel last November and knocked on the door. When the father opened the door, Buede saw a naked child on a bed behind him.

Authorities stated Buede quickly called 911, and officers were able to go to the location and heard a loud scream for a young girl upon arrival. When they opened the door they saw two young girls hiding behind the bed. After investigations, police determined the man had been abusing his daughters. The man’s identity has yet to be released, but he was charged with multiple offenses.

Mark Buede was just delivering a pizza, but when he saw something suspicious, he didn’t hesitate to call police, and Lexington police said that phone call resulted in two young girls being rescued from abuse at the hands of their father.
By Karla Wardhttps://t.co/zFT8Xp08Ub

The pizza delivery man, along with three officers who investigated the case were among those honored by the Lexington Police Department for their good deeds. Buede received a public service medal for his efforts, and officers Zakary Ridener, Corey Sutton, and William Phillips received professional esteem awards for their work on the case. The department thanked the officers for their teamwork, saying, “It’s a testament to their duty to serve and protect, which has earned the esteem of colleagues and supervisors.”

According to Buede, he didn’t know the outcome of his phone call or the situation with the minors and the father until he read it in the award program during their recognition ceremony. I guess this just goes to show us that sometimes a simple hunch can save a life here or there.