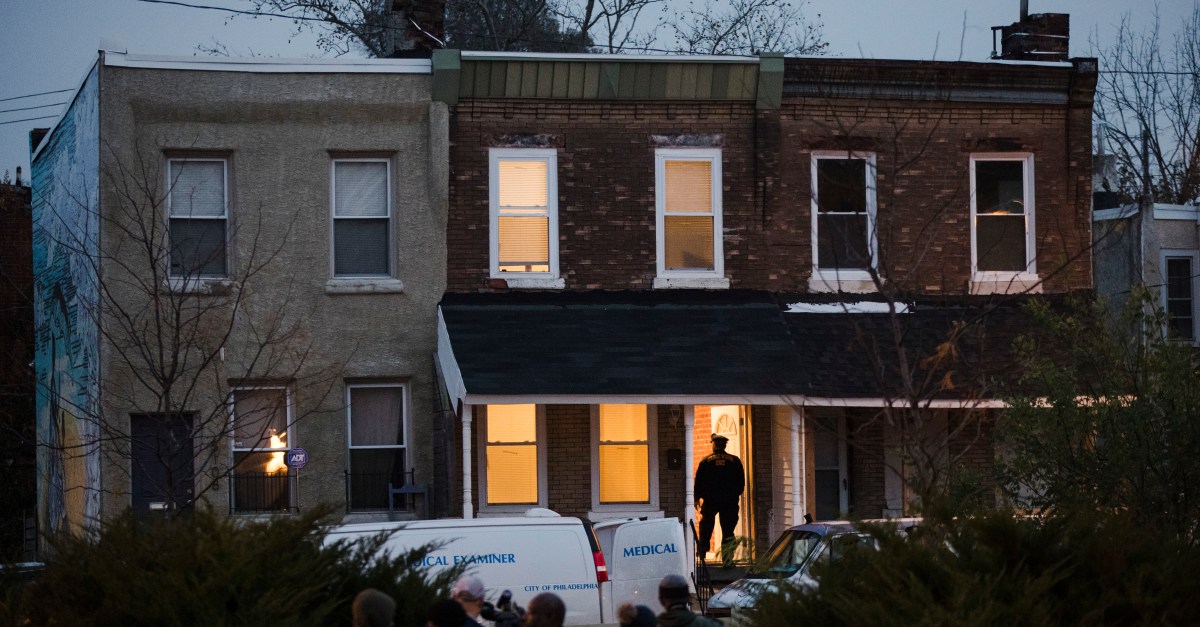 AP
A police officer enters a row home to investigate a fatal shooting in Philadelphia, Monday, Nov. 19, 2018. Police say two men and two women have been found shot and killed in a basement in Philadelphia. (AP Photo/Matt Rourke)

PHILADELPHIA (AP) — Two men and two women were found shot and killed in a basement of a house being renovated on Monday.

Police received a call in the morning to check on the welfare of people at the house after a family member arrived to find the door ajar. Responding officers found the four in the basement, each with a single gunshot wound to the head.

“Sadly, all four of these individuals were executed, there’s no ifs, ands, or buts about it,” Police Commissioner Richard Ross said. “This is an absolutely evil thing to do. There is no way in the world people should have met their demise this way.”

It appears as if the four were “led” to the basement, he said, because their hands and feet weren’t bound. There were no obvious signs of a struggle inside the home, he said.

The two men are believed to be cousins who were living in the home while it was being renovated, Ross said.

Beth Harrell, an emergency room nurse at the Hospital of the University of Pennsylvania, told the Philadelphia Inquirer that she was frightened by the violence on a block that her mother can see from her home on a nearby street.

“When something like this happens at your doorstep,” she said, “it’s scary.”

Police are interviewing family members and acquaintances and looking for surveillance video to help piece together what happened.

Ross said the block is part of a gentrifying area and officers tell him the area is known as very safe and they rarely have responded to calls there.

A neighbor reported hearing some banging sounds Sunday night but thought it had something to do with the construction next door, Ross said.

Philadelphia’s homicide rates are continuing to climb for the second year in a row. As of Nov. 15, the city had 294 killings, 12 more than at the same time a year earlier.