Hours after a 28-year-old woman was found shot to death in her car on Thursday, South Carolina police approached a running, locked Jeep and found a 36-year-old mother and her two young children dead with gunshot wounds to the head from a .40 caliber pistol.

The warning signs were there.

RELATED: A son’s overreaction to his father walking in on his girlfriend taking a bath turned fatal

Jessica Edens, 36, had been involved in a custody dispute over one of the children she had with her estranged husband Ben Edens, and the day before the murders, she told a police officer that her husband had an affair.

The officer would report that Edens did not exhibit any erratic behavior during that encounter, but weeks before that Edens had been reported for harassing text messages, calls and online posts by 28-year-old Meredith Rahme, who Edens shot to death in a car around 5 p.m. on Thursday.

Ben Edens also reported Wednesday that he received a disturbing text from his estranged wife and asked authorities to check on their daughter.

That’s when police went to the home, and Jessica Edens alleged the affair.

The officer who went to the home found the family planning to eat popcorn and watch a movie. One of the children was speaking to the husband, according to the police report.

The officer asked Edens if there was any chance she could get back with her husband, and she said, instead, that she was going to expose his yearlong affair in court, the police report said.

Rahme worked with Edens’ husband. He refused to give any other details about their relationship.

Miller said authorities had no indication Edens was planning violence before the shooting.

The next day, Meredith Rahme, 28, 9-year-old Hayden King and 5-year-old Harper Edens were all found shot and killed.

“There is some indication that about the time of the custody decision that she had some sense of inflicting violence either on the children or on herself or both. But that wasn’t discovered until after she was discovered last night,” Greenville Police Chief Ken Miller said on Friday.

As WYFF reported, the Pickens County School District released a statement about the deaths of the children, saying the district was “shaken” and that their “prayers and condolences go out to their family, their friends, their classmates, and our educators who were touched by their lives.”

The school revealed plans to hold a vigil or memorial.

Jessica Eden’s sister-in-law also released a statement, albeit a head-scratching one given the horrific nature of the crimes that occurred.

“Jessica was an amazing woman and mother. When you hurt as much as she was, people tend to make irrational decisions,” she said. “There’s no excuse, and this horrific tragedy can never be justified. They will all be missed dearly.”

“It’s been complete and utter shock and disbelief. I’m hoping every minute that I will wake up, and it will all be a nightmare,” she added. “You never think this type of thing will happen in your family. It’s just horrible.” 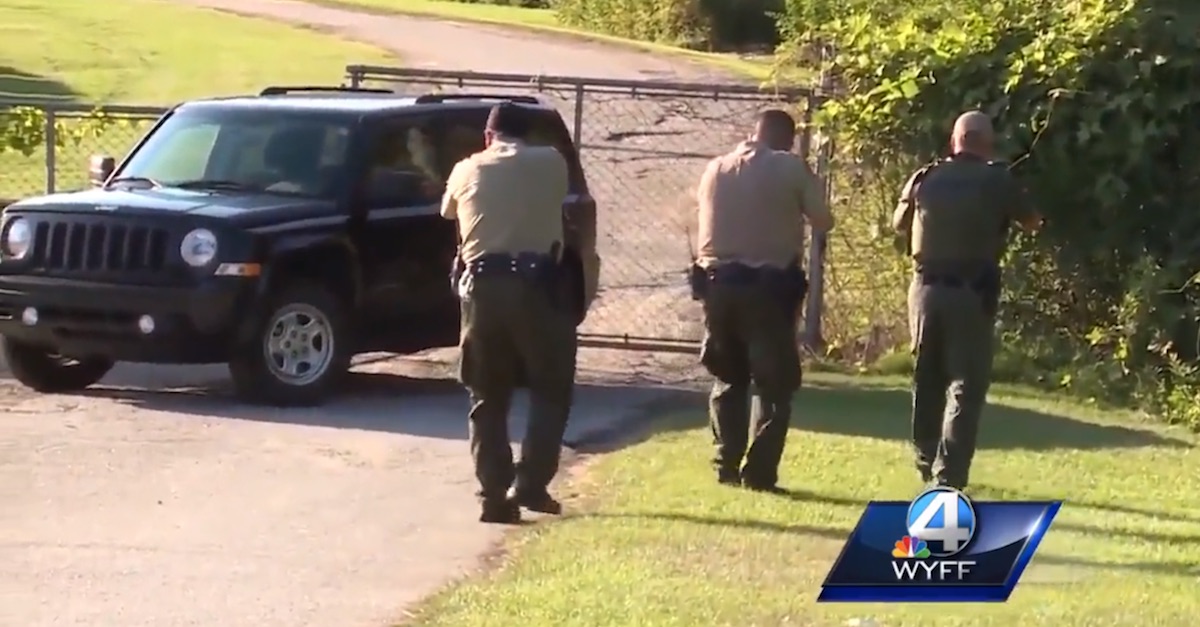