Police in Philadelphia are still trying to get to the bottom of a disturbing case that began Monday night when they responded to calls that a child’s coffin was found on a sidewalk. Upon opening the coffin, they discovered a “bag of organs” inside — but no body.

Chief Inspector Scott Small told CBS Philadelphia, “According to the medical examiner, they were in fact human organs. We believe they belonged to an infant or a child.” He also noted that the casket appeared to be new, and that it seemed to have been recently pried open. Small noted, “There have been cases where people take remains or human bodies, for whatever unusual reasons.”

RELATED: Before the police arrived, a father delivered a beatdown on the family friend who was sodomizing a baby

While the casket was discovered nearby the Mt. Vernon Cemetery in North Philadelphia, police searched the burial grounds and found nothing unearthed. ABC 6 reported that authorities also searched a second nearby cemetery but found no evidence of the graves being disturbed. They are currently contacting local funeral homes to look into whether the casket may have come from one of the mortuaries.

While police have not mentioned any leads, in their broadcast, CBS Philadelphia noted that “a surveillance video from a nearby gas station shows police arriving to the scene.” Thus, it’s possible that the surveillance video also captured the perpetrators. 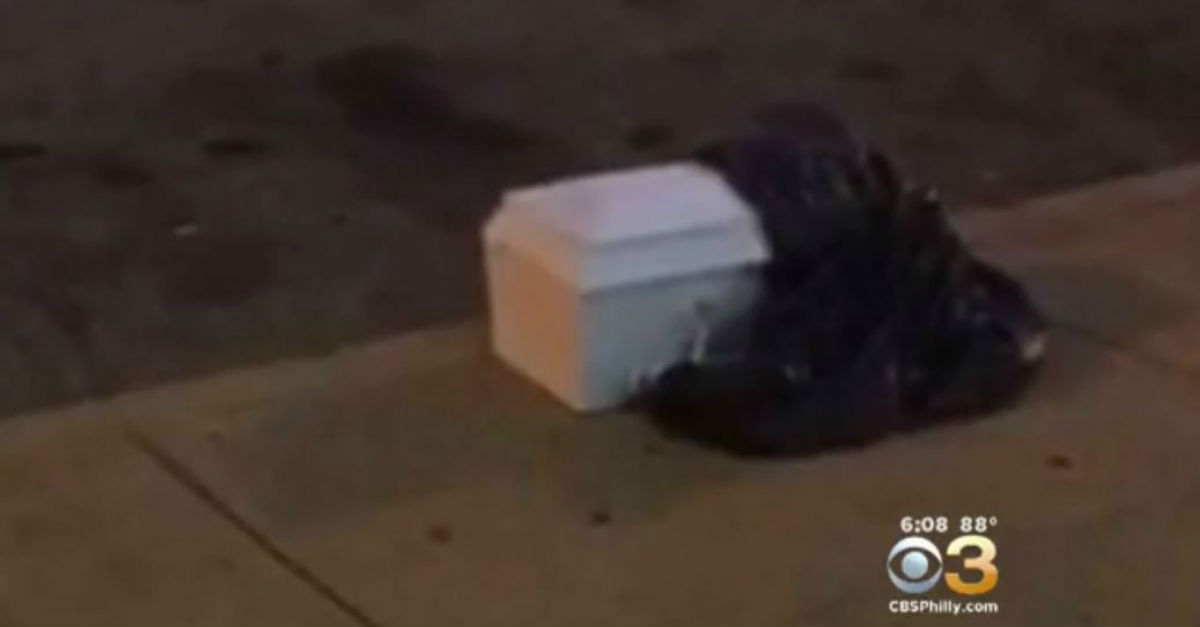