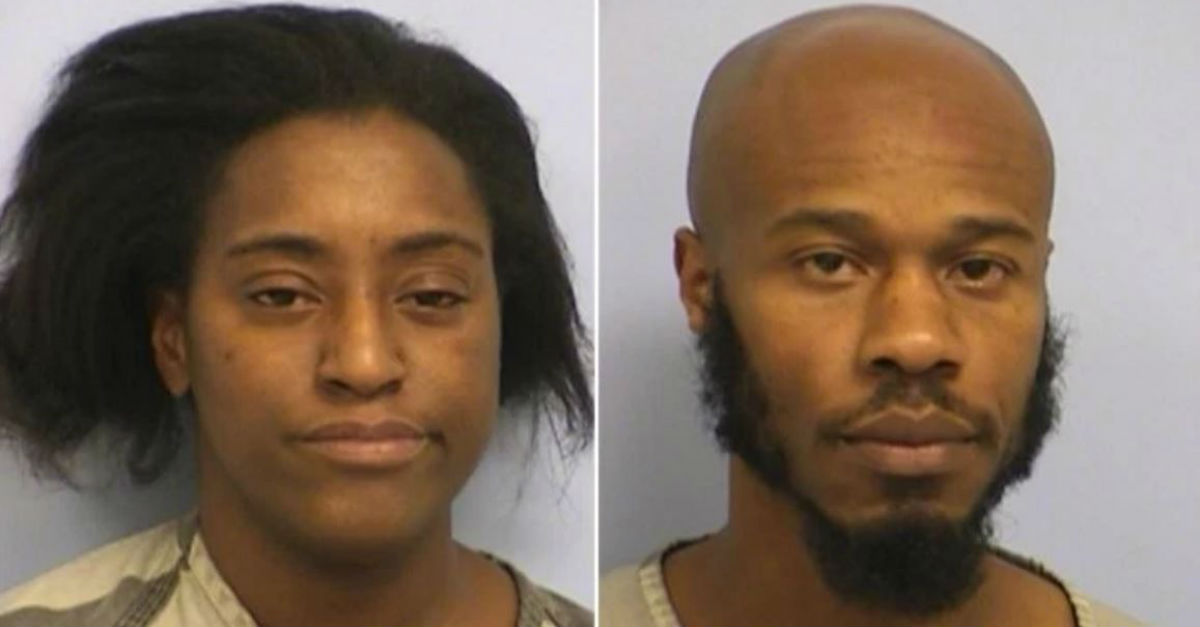 Police in Texas arrested a couple for some very inappropriate behavior at the local eatery when fellow diners spotted them having oral sex in one of the restaurants booths.

The cops responded to the Baby Acapulco restaurant in Austin on Saturday night. According to the arrest affidavit, customers told police that the couple had oral sex for about five minutes before they left the restaurant and went to a nearby 7-Eleven. After taking descriptions, the authorities managed to get a look at the surveillance tape and confirm the couple’s identities as Jonathan Hightower, 31, and Lashanda Fisher, 28, per the Austin-American Statesman.

RELATED: When the grieving wife of a slain Colorado officer was consoled by her little one our hearts broke

On Sunday, police caught up with the couple and arrested them on a charge of public lewdness — a class A misdemeanor that can carry a year in prison.

A number of families were also in the restaurant, according to witnesses and there were several children present. Baby Acapulco is an Austin favorite that has been a landmark in the region for over 30 years. On their website, the chain calls their eateries “family friendly establishments” and promises “to deliver a truly unbeatable and enjoyable experience to all.”

Of course, this is hardly the first time we’ve seen somebody doing dirty deeds in an unsuitable environment — it’s not even the first time we’ve witnessed a customers visiting third base in a restaurant. In August, police went on the hunt for a woman serving up oral sex in McDonald’s. And in November, two passengers aboard a Delta flight were arrested for having oral sex while still in their seats.