The Columbus Police Department in Indiana held a press conference Monday at noon to confirm the autopsy results of 33-year-old Jacqueline Watts, who went missing in the area while dropping off pets to family members on Friday.

She was found dead on a river sandbar Saturday.

Initially, a murder case 120 miles away from the location where Watts was found complicated the investigation, as fears mounted that it could have been committed by the same at large suspect who allegedly killed 14-year-old Liberty German and 13-year-old Abigail Williams as they hiked.

Columbus Police said in more detail at the Monday press conference that they do not suspect foul play, an announcement the department made on social media earlier in the day.

RELATED: Murdered Indiana girl may have caught her killer on video and police have released the first bit of audio

The loss of Watts, an animal advocate, is being mourned by family members and organizations she was associated with like Indyclaw Rescue.

Jackie was always taking home the really sick bunnies that she could nurture back to health, and if that wasn’t possible, she would many times keep them to their end. Even adopting a pair post mortem that she so dearly loved and nursed until they died. Just yesterday, Jackie was sitting on the floor of the Bunny Barn trying to help me give fluids to a long time bunny we believe to have cancer. Like me, Jackie discovered poor Laverne was like Swiss cheese and the fluids would just not stay with her. Jackie loved on Laverne and apologized to her for not taking her home this past week, so Laverne could see what it was like being in a real home.

“We will always love you and will never forget you Jackie […] never,” Indyclaw Rescue wrote on Facebook.

Here is a timeline of events leading to the discovery of Watts’ death.

Timeline of events in the death of Jackie Watts provided by Lt. Matt Harris of the Columbus Police Department pic.twitter.com/WnjUq5Ff0C

Police have said there was “no sign of a struggle” in Watts’ vehicle, though they have not officially released a cause of death. Nor has the department confirmed this was an accident.

The car was found running with the flashers on.

According to the Indianapolis Star, a witness reported seeing a woman who fit Watts’ description chasing a small white dog on Friday afternoon near the river.

Statement from the family of Jackie Watts read by Dr. John Quick pic.twitter.com/8Bdq1qDQCR

The rest of the statement from Watts' family pic.twitter.com/SpSgOUz0MW

“We know Jackie gave her life for what she believed in,” the family said.

Watts was scheduled to take a flight to Washington, D.C. with her husband on Friday, but she never came home. 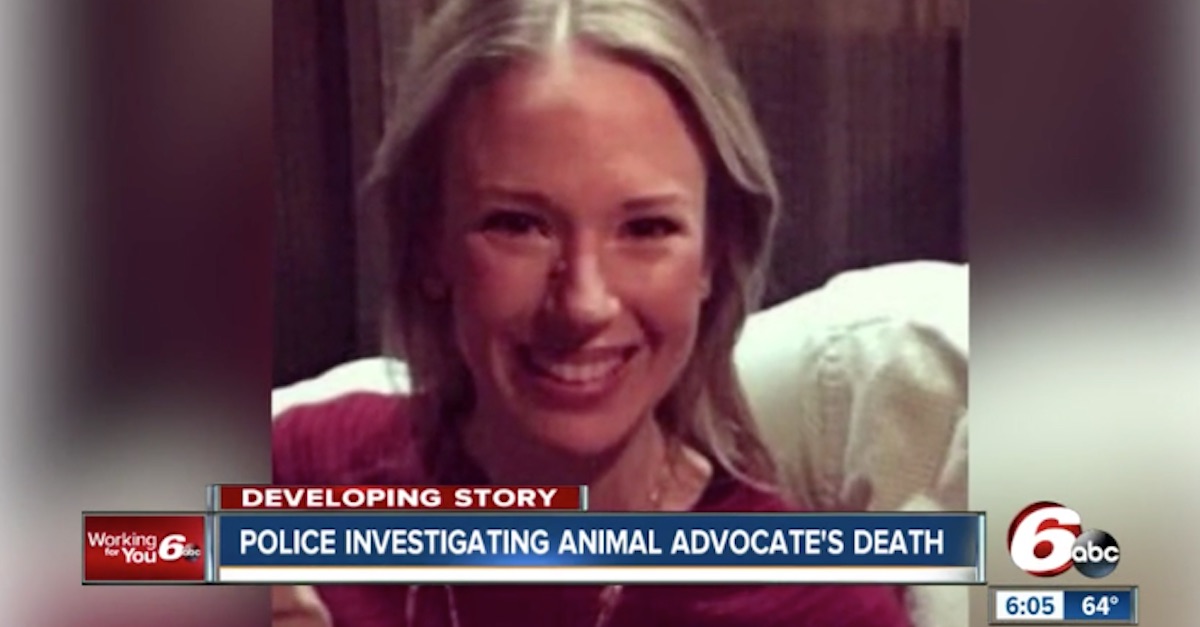