A 21-year-old woman who was wearing flip-flops has died after tripping over herself and falling off of a cliff as she tried to take a picture with the best view of the ocean.

The woman has been identified as Lorena Barrera.

According to NBC Los Angeles, Barrera was a newcomer to the area and had been living in Sparks, Nev. She was with friends at the time she climbed over a 3-foot barrier, tripped and fell 100 feet to her death.

There were warning signs posted on the barrier.

Police have determined that the death was “completely accidental,” according to ABC7. The two friends Barrera was with at the time ran to a metro stop, waved down a bus driver and asked the driver to call 911.

Los Angeles fire chief Albert Valle said the friends “made an effort [to save Berrera] but they lost her grip and she fell.”

Locals said that these cliffs are dangerous and that loss of life there is not uncommon.

“These places are not that stable. You have to be careful wherever you go especially if you’re just trying to get a good view,” Andres Juarez told NBC Los Angeles.

RELATED: This inmate may be smiling but his unique selfie has police frowning for a pretty good reason

“It happens all the time over here, left and right , a lot of young people. You see the railing here — tells you don’t go over and try to take pictures. A lot of people take chances — consequences ends up like this,” Cecil Reynolds added.

RELATED: A plane crash in Alabama has tragically taken the lives of six parents

A GoFundMe campaign has been started for Berrera. 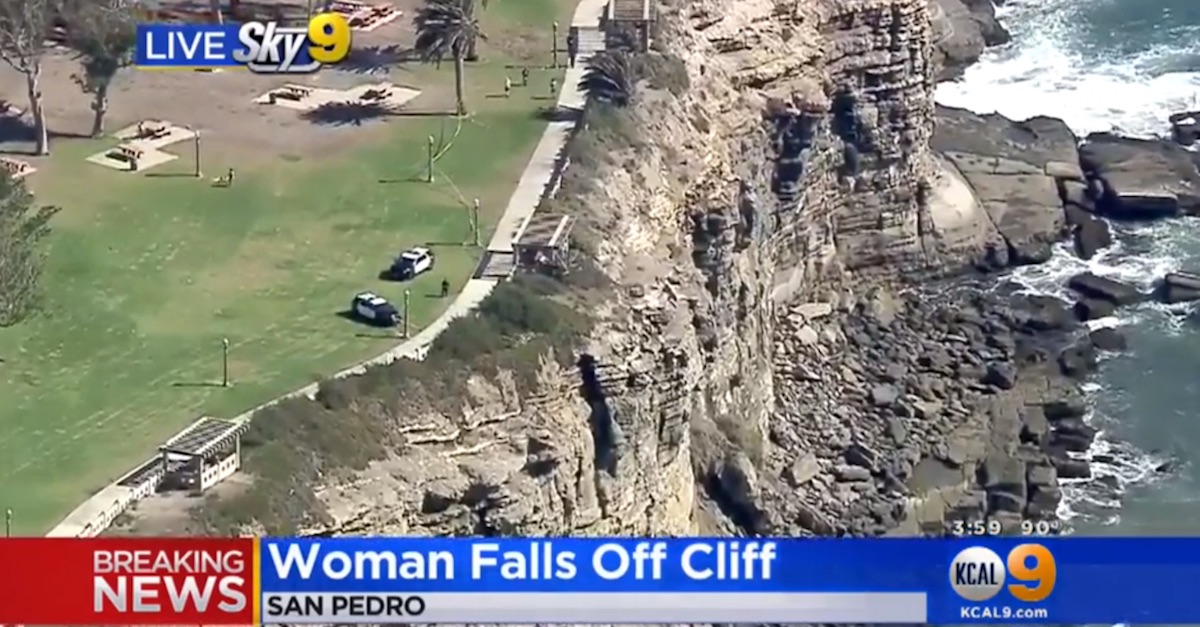