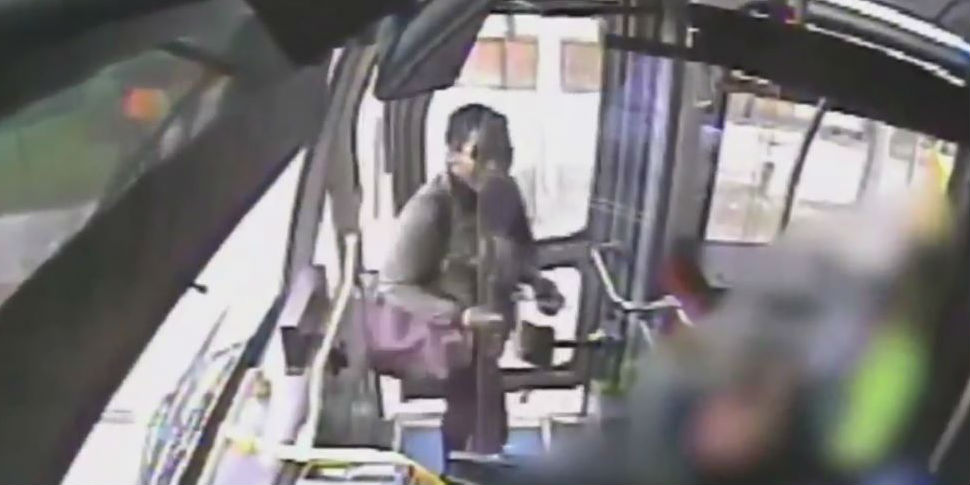 Police have arrested a woman caught on video throwing a cup of her urine on a Washington, D.C., bus driver. Opal Brown turned herself in to police Wednesday after a video of the Saturday incident was broadcast on local stations, and police asked for the public’s help identifying her.

In the surveillance video, Brown is seen urinating in a to-go cup and throwing the contents on a female bus driver. She says that she intended to throw the cup away but that the bus driver provoked her by saying “have a nice day.” Brown claims the remark was sarcastic.

The 38-year-old D.C. woman says she was fed up with the system, telling NBC Washington, “I was provoked. I hate metro.” She continued, “I’ve been catching Metro for 35 years. They’ve never done shit for me.”

She continued, “I’ve been catching Metro for 35 years. They’ve never done shit for me.”

After the incident, Brown sprinted off the bus. Metro transit police posted an image of the suspect and asked for the public’s help identifying her. She has since been charged with simple assault, WTTG reports.

The driver was taken to the hospital where she was decontaminated. She denied provoking Brown.