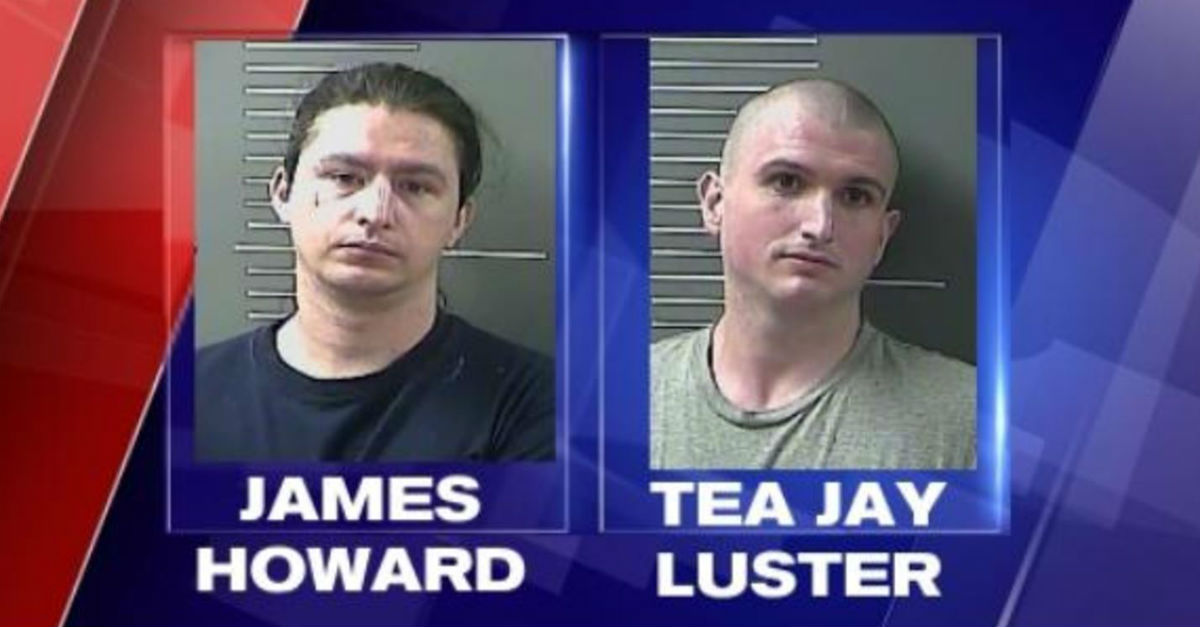 Police in Martin County, Kentucky have arrested James Howard and Tea Jay Luster after they say the couple sneaked into a graveyard on Sunday night to exhume the body of Emily Howard — James’ grandmother. In a disturbing tale that seems more akin to an Edgar Allan Poe story than real life, Emily Howard was buried for 15 years before her family discovered her grave disturbed on Sunday.

According to WSAZ, a witness visited the graveyard on Sunday morning and discovered that Emily’s grave was disturbed. In the original report, the family noted that she wasn’t not buried with anything valuable, saying she only had “a porcelain doll and six pictures.” The grave-robbers were unable to get into the coffin.

RELATED: The father of a boy who had sex with his teacher says his son feels bad she got fired

To their horror, the family discovered that the main suspect was one of Emily’s descendants. Police were tipped off and when investigators confronted Luster and Howard on Tuesday morning, they admitted to the crime. The pair said that they were looking for jewelry that they might be able to sell.

Another relative told WSAZ that James has been struggling with drugs, saying, “we’re just praying through this that he’ll get help.” Both men have been charged with violating a grave. James’ father had previously given an emotional interview to a local television network.