Local 10’s cameras were rolling when a group of eight or nine people were spotted looting a sportswear store called Simon’s in Fort Lauderdale, Fla., and police made arrests a few hours later.

RELATED: A sheriff had to warn citizens not to shoot guns at Hurricane Irma

The news outlet captured the video while driving down the street and posted it on Instagram.

“Our cameras caught people stealing from a #FortLauderdale store. #HurricaneIrma,” they reported.

But wait, there’s more. Local 10 followed up on this and said that this very same group of thieves also looted a Footlocker and a CashAmerica pawn store.

Was it worth it? The answer seems to be no, given this tweet from the Fort Lauderdale Police Department:

Nine people have been arrested.

Police Chief Rick Maglione was blunt when commenting on the arrests.

“Going to prison over a pair of sneakers is a fairly bad life choice. Stay home and look after your loved ones and be thankful they are all safe,” he said.

The Broward Sheriff’s Office and the Pembroke Pines Police Department issued warnings of their own that all looting incidents would be investigated, and the police were on alert in their areas. 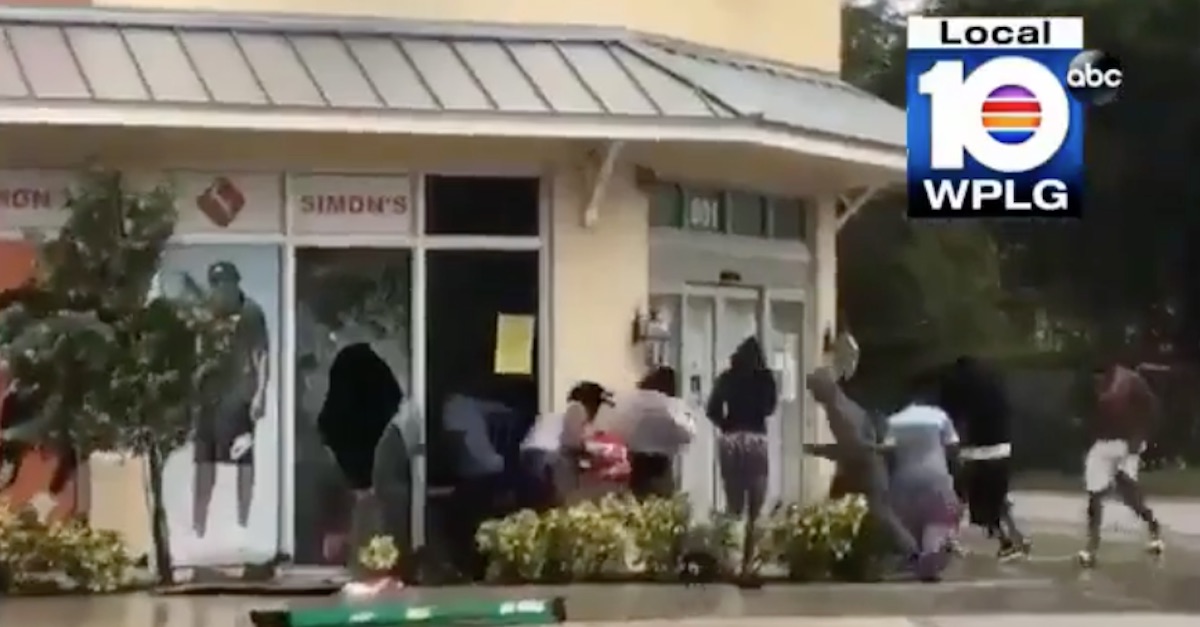