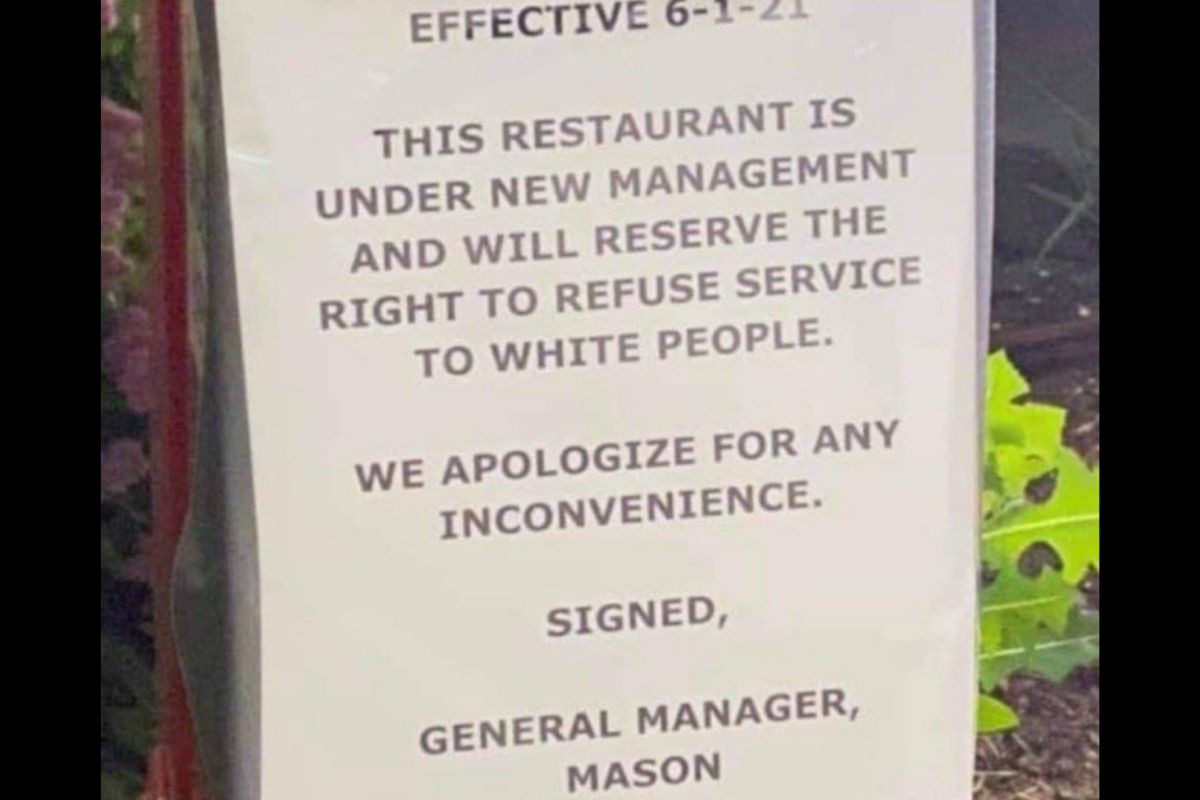 A Popeyes Louisiana Chicken location in Lake St. Louis, Missouri, caused an uproar in the community, and soon after on the Internet, after a sign was found attached to the drive-thru menu. The sign read, “This restaurant is under new management and will reserve the right to refuse service to white people. We apologize for any inconvenience.”

The sign looked to be apparently put up by the store’s general manager, stating that the new policy would start on June 1st. Speculations were made about the incident just being a really bad prank, but either way, it was received negatively, garnering criticisms from all who saw it. According to USA Today, a picture of the sign was shared on Facebook, where users were able to express their disapproval upon seeing the post.

One user said, “This sign was posted outside Popeyes chicken restaurant in St. Louis, MO. New Manager thinks he has the ‘right’ to refuse service based on race,” and others encouraged their friends to, “call them and complain.”

The fast-food chain has expressed that their company was not behind it, and whoever posted it, employee or not, acted on their own accord. Chief Chris DiGiuseppi of the Lake St. Louis Police Department explained that it was actually not the general manager, who was suspected of posting it in the first place. He said in an email, “‘The manager’ did NOT post this sign and the business is NOT ‘under new management’ as alleged per our investigation,” and further explained that they believe the actual suspects have been caught on video. The police department also believes that the sign could also be related to another vandalism case at the same location that happened in early May.

People from the St. Charles County community expressed their worries about the impact that the sign will have, with one woman who asked to remain anonymous telling KMOV 4, “What it does is, it incites more hate,” and another person explaining, “That’s good for the Popeyes, they didn’t do that, but a community you shouldn’t do anything like that’s going to stir up more problems.”

Watch: 7 Popeye?s Workers Get into Massive Brawl In Restaurant as Customers Watch