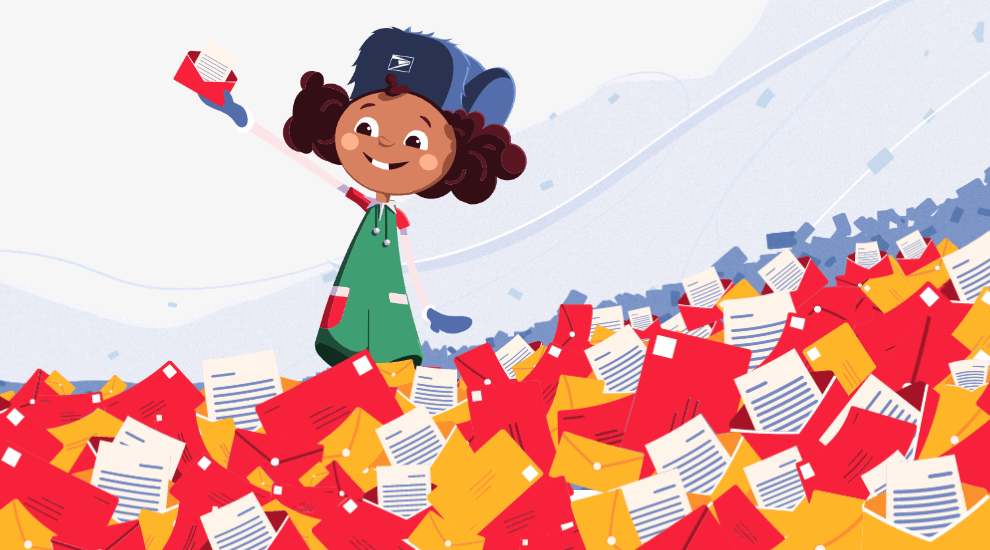 Feel like being a saint this holiday season? Specifically Saint Nick? You can, by making a random low-income kid’s Christmas dreams come true. The United States Post Office has set up a website for what they’re calling Operation Santa and it’s one of the best Christmas charity ideas ever.

The premise is simple. Every year the USPS gets countless letters to Santa, many from kids whose parents aren’t able to make their wishes come true. Now, the Post Office is letting people “adopt” a letter and send presents to the family based on the Christmas lists the kids sent to Santa. Are you crying a little? I’m crying a little.

The USPS set up a website here where you can go to adopt a letter or, if you’re a low-income family, where you can submit your kid’s wishlist. And you can pick whatever letter you want! Find a letter that speaks to you personally if you want. Maybe you too were once a kid from Cleveland whose parents couldn’t afford a new baseball glove so you had to play with one that looked like it had been discovered on an archaeological dig a thousand years in the future and was slowly causing your hand to break because you played third base. Or you can just grab a random letter.

Then you simply go out and shop for the kids and ship their stuff. (Just make sure it’s on the way by December 20th.)

Is there an actual cooler holiday charity than this? Every kid should have a great Christmas. Every year. (We should maybe toss that into the Bill of Rights, honestly.) But not only that, this is an insanely easy way to be a great person. You barely have to get off the couch and you can still score roughly a BILLION heaven points. (God loves Christmas, I’ve heard.)

Plus shopping for kids is a blast.

So if you were thinking about doing a little holiday charity this year, the USPS has pretty much the best option ever. It’s easy, it’s fun, and it’s for kids. Do this. Do this even if you weren’t planning on doing any charity. Make a kid’s year. It’ll be the highlight of yours.