Menu
Follow us
Search
Menu
Search
FILE - In this Sept. 22, 2017 file photo, President Donald Trump speaks at a campaign rally in support of Sen. Luther Strange, in Huntsville, Ala. Asia is getting used to living with Trump’s broadsides, though it can’t shrug them off completely. Many people are unnerved, but not panicked, by his latest exchange of threats with North Korean leader Kim Jong Un. The U.S. president dialed up the rhetoric at the United Nations, saying his country would have “to totally destroy North Korea” if forced to defend itself or its allies. (AP Photo/Brynn Anderson, File), FILE - In this Thursday, Aug. 10, 2017, file photo, a man watches a television screen showing U.S. President Donald Trump, left, and North Korean leader Kim Jong Un during a news program at the Seoul Train Station in Seoul, South Korea. President Donald Trump's latest tweets on North Korea have received a muted response in South Korea, where media focused more on U.S. Secretary of State Rex Tillerson's acknowledgement that the U.S. is keeping open direct communication channels with the North. (AP Photo/Ahn Young-joon, File)

President Donald Trump took to Twitter to mock North Korean dictator Kim Jong-un’s recent assertion that he had a nuclear launch button on his desk.

In a video message released New Year’s Day, Kim said a “button for nuclear weapons is on my table” and bragged that the “entire area of the U.S. mainland is within our nuclear strike range.” The dictator also announced plans for the nation to intensify production of nuclear warheads and ballistic missiles, accelerating deployment of the weapons to make it “impossible” for the United States to start a war with the nuclear nation.

President Donald Trump, at the risk of inflaming a volatile dictatorship with demonstrated nuclear capabilities, responded to the video in a Tweet posted today. He called North Korea a “depleted and food starved regime” and bragging that his launch button — a catalyst for nuclear war — was “bigger and more powerful” than Kim’s.

“And my [b]utton works!” concluded Trump, asserting dominance of the 6800 known warheads in the American nuclear arsenal. 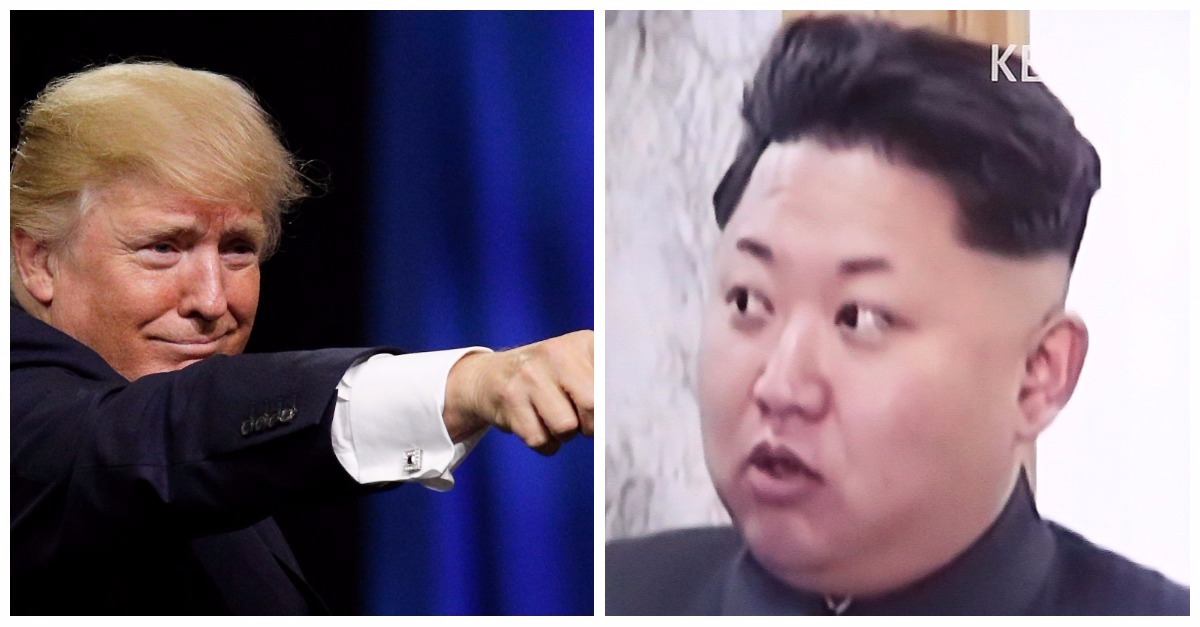