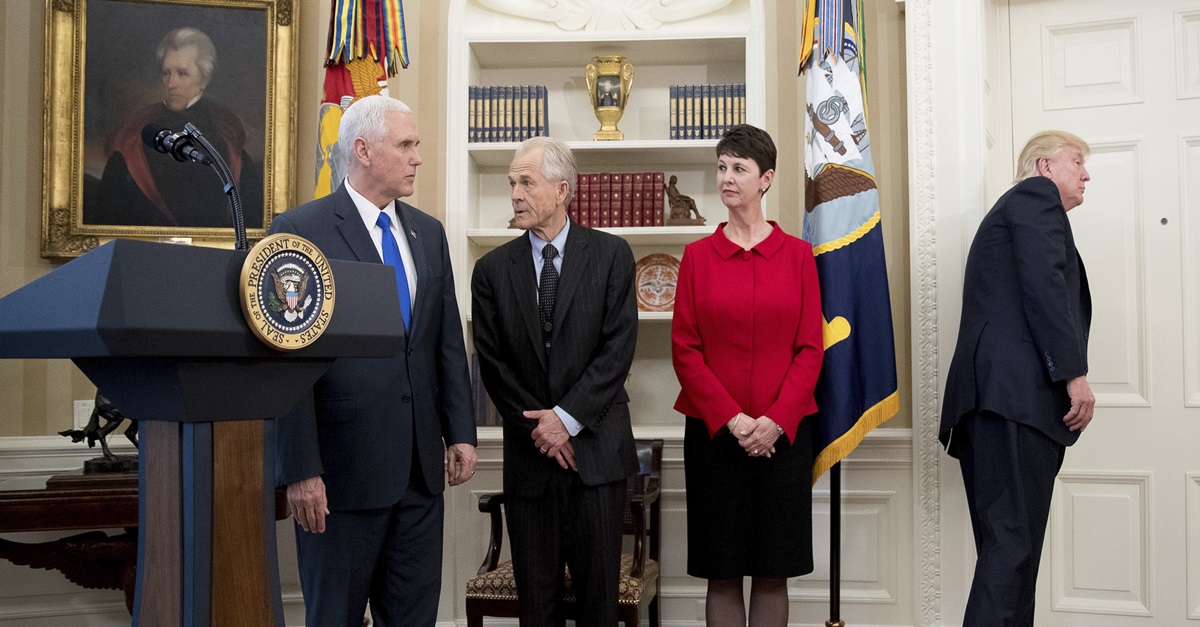 President Trump was slated to sign two executive orders aimed at dealing with trade enforcement; however, following a short speech, Trump abruptly left the Oval Office before he could sign the orders.

Vice President Mike Pence realized the mistake and tried to bring him back but to no avail.

Pres Trump left Oval Office in a hurry neglecting to sign the Executive Orders. @VP tried to bring him back. pic.twitter.com/74NdgVb2fe

According to CBS, the abrupt departure happened after one of its reporters, Major Garrett, asked Trump a question about General Michael Flynn.

Trump refused to acknowledge the question before walking out of the Oval Office.

President Trump had tweeted earlier Friday that Flynn should ask for “immunity” from the “witch hunt” being conducted by the media.

Mike Flynn should ask for immunity in that this is a witch hunt (excuse for big election loss), by media & Dems, of historic proportion!

The Trump administration has asserted that President Trump wants Flynn to testify, though,

Following his departure from the room, Pence walked to the desk, grabbed the folders containing the executive orders and followed the president out of the Oval Office. Photos retweeted later from the president’s Twitter account show that Trump did, in fact, sign the orders, just at a different time and location.

.@POTUS @realDonaldTrump signs executive orders on trade that will set the stage for revival in American manufacturing. #AmericaFirst🇺🇸 pic.twitter.com/oQexlbnLtn