President Trump called to thank the troops on Thanksgiving, and not everyone is happy about it 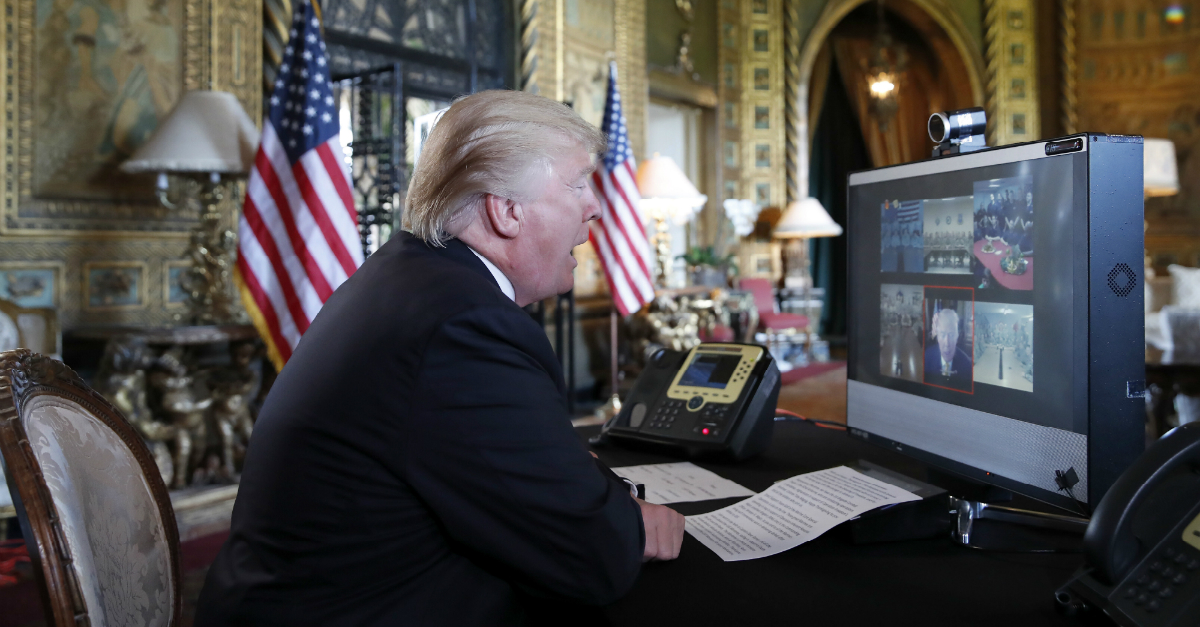 On Thanksgiving morning, President Trump delivered a message via teleconference from his luxury resort in Mar-a-Lago to American military service members overseas — but not everyone is happy about it.

Retired Lieutenant General Mark Hertling appeared on CNN Thursday to air his grievances with the content of President Trump’s Thanksgiving message to the troops, referring to the president’s remarks as “somewhat insulting” and “off-kilter.”

Hertling was gracious enough to confess that he was “thankful for the fact that [Trump] did address the soldiers,” but added, “[T]he message that I heard and some of the things he said would have not rung very well with me, had I been a deployed soldier.”

RELATED: President Trump kick-starts Thanksgiving by saying the “Country is starting to do really well”

“Everybody’s talking about the progress you’ve made in the last few months since I opened it up,” the president said in his message. “We opened it up, we said go ahead, we’re going to fight to win. We’re not fighting anymore to just walk around, we’re fighting to win. And you people, you’ve really turned it around in the past three to four months like nobody’s seen and they are talking about it. So thank you very much, brave, incredible fighters.”

“We have been winning,” Hertling said on CNN. “You’re talking to soldiers and military personnel around the world who have been in this fight for 17 years, and to suddenly be told they’re winning now when they weren’t winning before is somewhat insulting, first of all.”

“I know it’s hard to be away from home at this time of the year. We’re doing well at home,” Trump said, in a boastful remark about the state of the nation’s economy. “The economy is doing really great. When you come back, you’re going to see with the jobs and companies coming back to our country, and the stock market just hit a record high, unemployment is the lowest it’s been in 17 years, so you’re fighting for something real. You’re fighting for something good.”

Hertling also took issue with that, saying, “The comments about the economy and where the economy is growing — deployed service members don’t want to hear about that.” He then claimed that troops just want to be thanked.

“So again, trying to be positive, I’m glad the president at least took some time to say thank you to the troops around the world, and he’s going to a Coast Guard station today, but the rest of the message may have been a little off-kilter,” Hertling concluded.