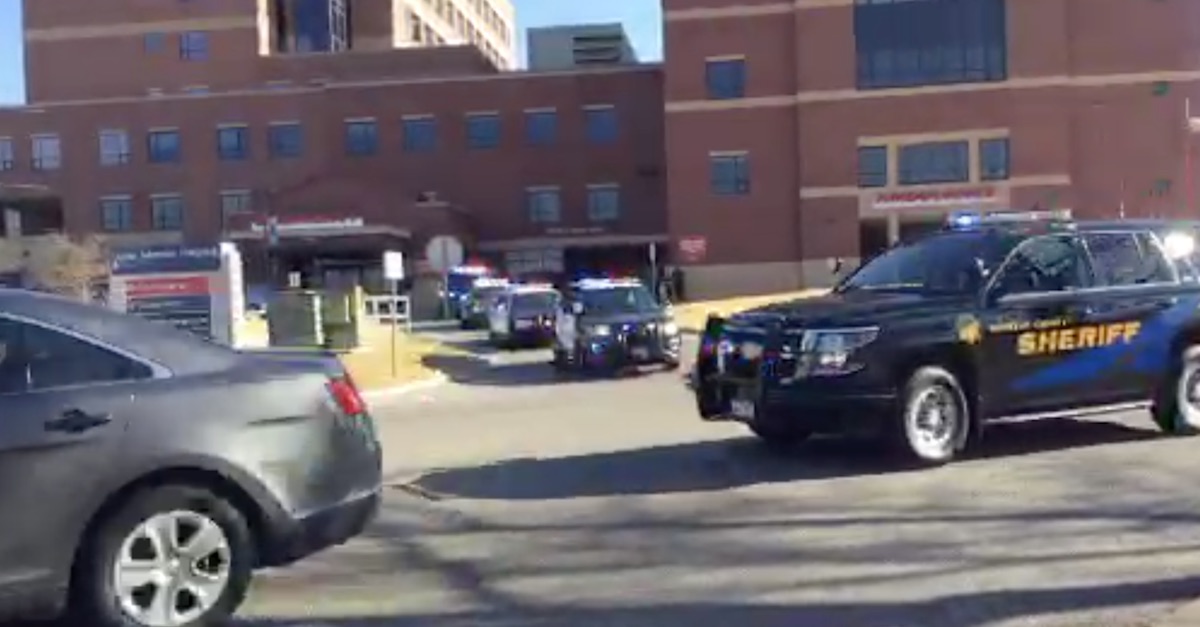 President Donald Trump reacted on Twitter Sunday afternoon to the news that one Colorado deputy was shot and killed and four others were wounded while on scene of a domestic disturbance in Denver on New Year’s Eve.

Trump sent his condolences to the Douglas County Sheriff’s office victims and their families.

My deepest condolences to the victims of the terrible shooting in Douglas County @DCSheriff, and their families. We love our police and law enforcement – God Bless them all! #LESM

“My deepest condolences to the victims of the terrible shooting in Douglas County @DCSheriff, and their families. We love our police and law enforcement – God Bless them all! #LESM” he said.

A sheriff?s deputy, identified as 29-year-old Zackari Parrish, was killed and four others were wounded Sunday in a shooting in suburban Denver that capped a year of deadly attacks in the United States. Two civilians were also injured.

The shooting happened after deputies were called to the scene of a domestic disturbance in Highlands Ranch, the Douglas County Sheriff?s Office (DCSO) said on Twitter. The suspected gunman was also shot and is believed to be dead and ?no longer a threat.?

Shots were fired in the course of the investigation at the Copper Canyon Apartments, a landscaped complex 16 miles (28 kilometers) south of Denver, the sheriff?s office said. Residents in the vicinity were advised to stay inside and avoid exterior walls and windows.

A hospital where three people were taken for treatment says those people suffered noncritical injuries. Another nearby hospital said it received four patients but wouldn?t release their conditions.

The DSCO shared video on Twitter of a motorcade procession for the fallen deputy.

Procession for the deceased officer will take place soon from @LittletonHosp. Expect heavy law enforcement presence and traffic congestion on Broadway, C470 and SB I-25 #CopperCanyonOIS

Police also said that a press conference is scheduled for noon MST.