A federal judge in Hawaii blocked President Trump’s travel ban just hours before it was set to go into effect, and the president is not happy about it. During his rally in Nashville, Tennessee on Wednesday evening, Trump referred to the ruling as “the bad, the sad news.”

RELATED: Hours before Trump’s new travel ban was to go into effect, a federal judge made a big ruling on its legality

“The order he blocked was a watered-down version of the first one,” Trump said. “This new order was tailored to the dictates of the Ninth Circuit’s, in my opinion, flawed ruling. This is, in the opinion of many, an unprecedented judicial overreach.”

He went on to further criticize the judge’s decision, saying, “This ruling makes us look weak.” The president then added that he will “fight this terrible ruling […] as far as it needs to go, including all the way up to the Supreme Court.”

The revised executive order on immigration was determined to be discriminatory against Muslims, as the original travel ban was also found to be, because it singles out six majority-Muslim countries. Furthermore, the judge ruled that while the text of the travel ban may have changed, its context had not. He cited several instances in which the president openly referred to the order as a “Muslim ban” and argued that its intention to target Islam is still clear. 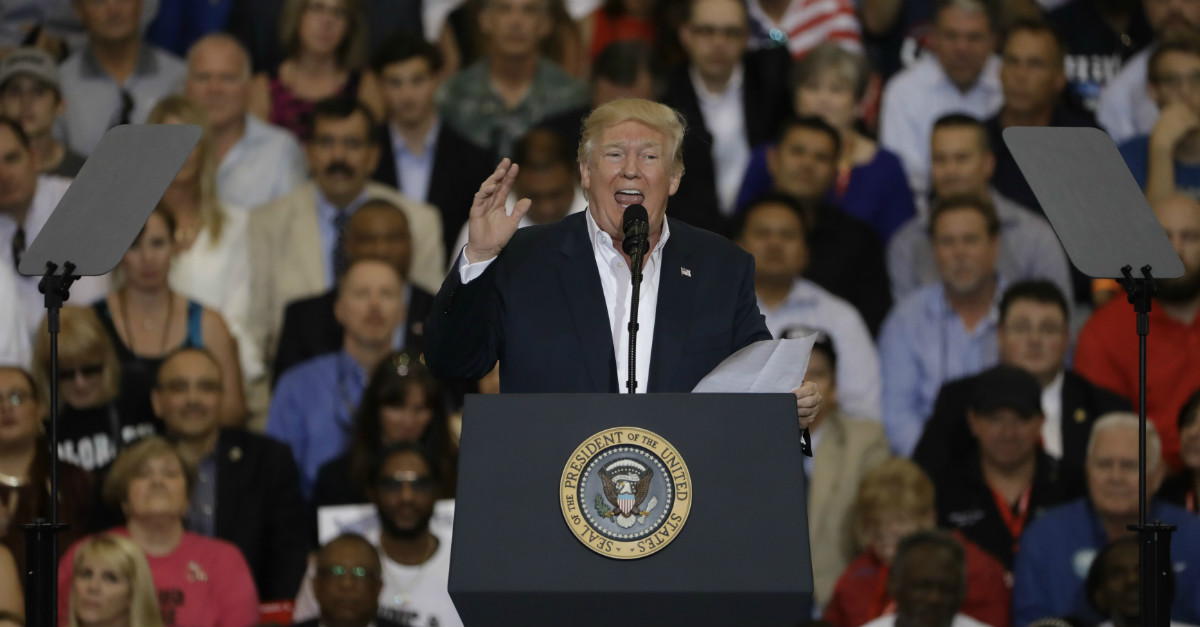