President Trump tweets about NFL protesters again, but Trevor Noah shut him down 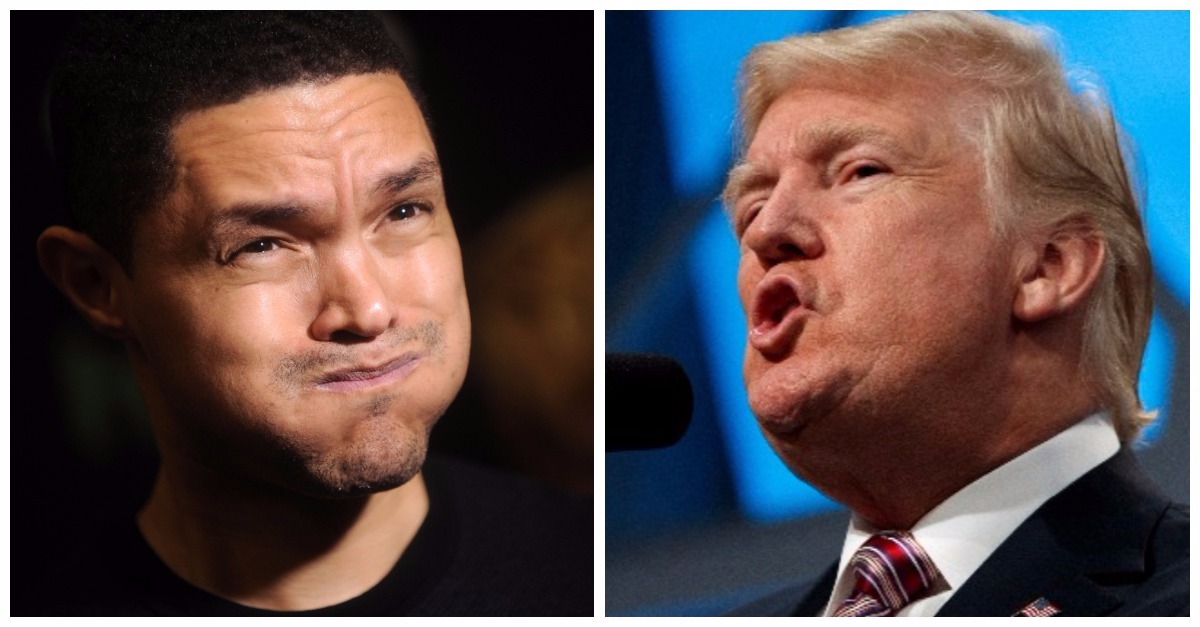 “The Daily Show” host Trevor Noah was not pleased on Saturday when President Donald Trump once again shifted his attentions to NFL player demonstrations occurring during the national anthem rather than focusing on the crisis in Puerto Rico.

The president yesterday evening tweeted that it was “very important that NFL players STAND tomorrow, and always, for the playing of our National Anthem. Respect our Flag and our Country!”

Very important that NFL players STAND tomorrow, and always, for the playing of our National Anthem. Respect our Flag and our Country!

Noah responded to Trump’s tweet with one of his own.

The only thing you should be focusing on is the fact that Puerto Rico is on its knees. https://t.co/uoTvteEeEr

RELATED: Watch a small town high school football team honor police by marching with them onto the field

“The only thing you should be focusing on is the fact the Puerto Rico is on its knees,” he said.

President Trump and San Juan mayor Carmen Yulin Cruz have feuded publicly for more than a day now over the U.S. emergency response in Puerto Rico.

Early Saturday, President Trump responded to the mayor with a series of tweets criticizing her leadership, even going so far as to say she was doing the Democrats? bidding by being ?nasty to Trump.? He also accused ?fake news media? ? CNN and NBC, specifically ? of ?working overtime? to ?disparage our First Responders as a way to ?get Trump.'”

Trump doubled down on these thoughts early Sunday.

We have done a great job with the almost impossible situation in Puerto Rico. Outside of the Fake News or politically motivated ingrates,…

…people are now starting to recognize the amazing work that has been done by FEMA and our great Military. All buildings now inspected…..

…for safety. Thank you to the Governor of P.R. and to all of those who are working so closely with our First Responders. Fantastic job!

It should be noted that Puerto Rico?s Gov. Ricardo Rossello told CNN on Friday that while he and the U.S. are conducting a joint effort to ?enhance logistics? in rescue and relief efforts, he also said the Trump administration ?has responded to [their] petitions? and that FEMA?s Brock Long has been on the phone ?virtually all the time with [Gov. Rosello], checking out how things are going.?

Trump has elsewhere been criticized by high-profile people like singer Marc Anthony and Lin-Manuel Miranda, creator of “Hamilton.” The former dropped an f-bomb, while the latter damned the president to hell.

The president will visit Puerto Rico on Tuesday.