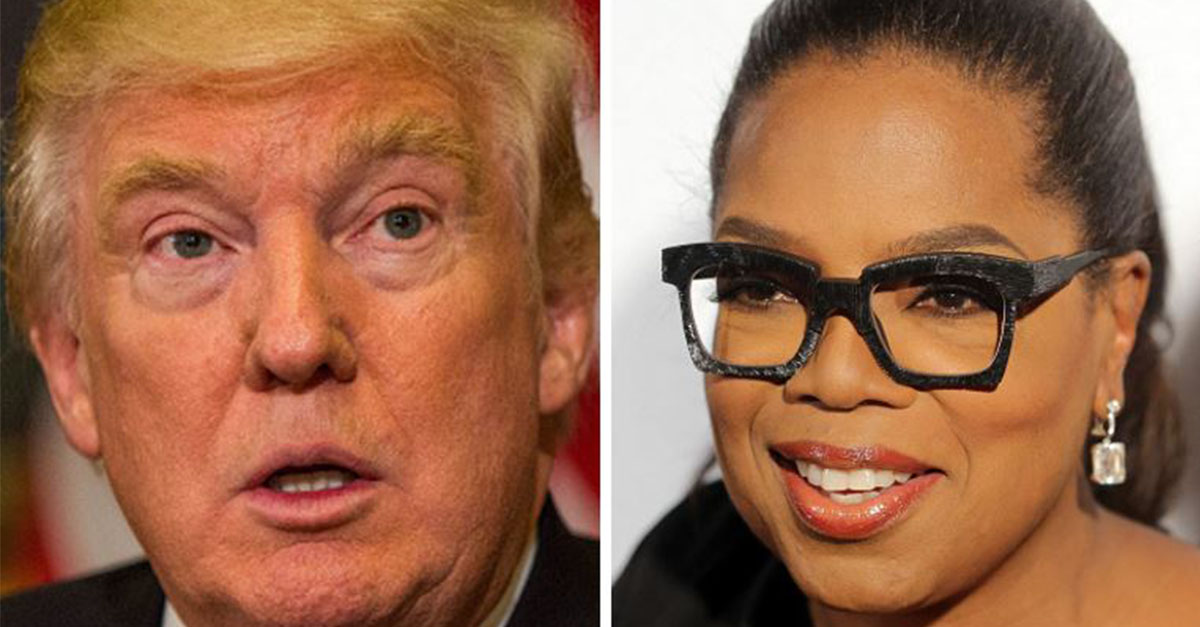 Oprah Winfrey provided President Donald Trump a brief distraction from his weekend tweetstorm, in which he mostly defended himself against the latest news coming out of the Mueller investigation.

On Sunday night, Trump dropped a Twitter bomb on Winfrey, calling her “insecure” and saying he hopes she runs for president in 202o so “she can be exposed and defeated just like all of the others!”

“Just watched a very insecure Oprah Winfrey, who at one point I knew very well, interview a panel of people on 60 Minutes,” Trump tweeted. “The questions were biased and slanted, the facts incorrect.”

Just watched a very insecure Oprah Winfrey, who at one point I knew very well, interview a panel of people on 60 Minutes. The questions were biased and slanted, the facts incorrect. Hope Oprah runs so she can be exposed and defeated just like all of the others!

Last fall, Winfrey was on CBS’ “60 Minutes” to talk politics with a group of Michigan voters. She recently reconvened the group to continue the discussion, which aired on the news show Sunday night.

Apparently Trump tuned in, and what transpired obviously pushed his buttons, leading him to taunt Winfrey on Twitter.

RELATED: Vanity Fair has to embarrassingly apologize for photoshop screw ups with Reese Witherspoon and Oprah

The notion of Winfrey running for president gathered steam after she delivered an inspiring speech while receiving the Cecil B. DeMille Award for lifetime achievement at the Golden Globes last month. The idea of a presidential run for Winfrey, which she herself made no mention of in her address, sparked social media into a frenzy.

"Are you kiddin' me? I was just tryin' to give a good speech." Oprah Winfrey says her Golden Globes speech had nothing to do with the 2020 presidential race. Her latest story for 60 Minutes airs Sunday. https://t.co/UjhtskOpL2 pic.twitter.com/ATbX0qA7Dr

From entertainment shows to the nightly news, the topic of a Winfrey presidential campaign was everywhere. However, Winfrey herself has said she has no plans to run.

“I am actually humbled by the fact that people think that I could be a leader of the free world, but it’s just not in my spirit,” she said in a “60 Minutes Overtime” segment posted online.