President Trump wished a happy Mother’s Day to FLOTUS, but people could only focus on who wasn’t mentioned 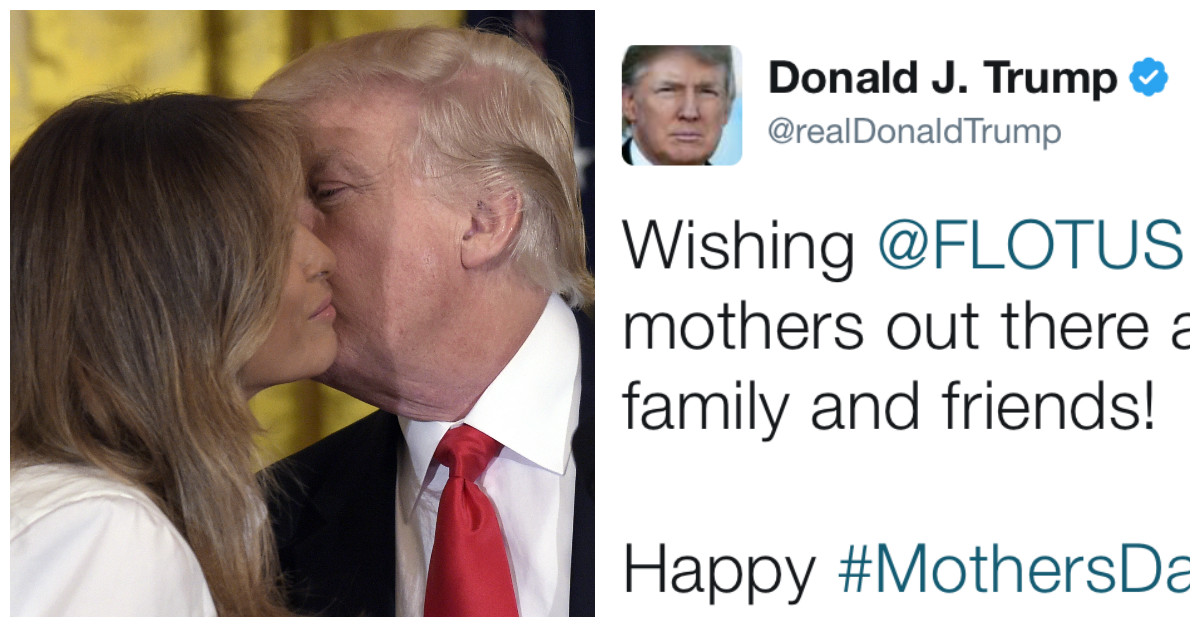 President Donald Trump’s tweeted a happy Mother’s Day message to First Lady Melania Trump and all mothers on Sunday, but people on the internet weren’t satisfied.

Wishing @FLOTUS Melania and all of the great mothers out there a wonderful day ahead with family and friends!

RELATED: If these reports are true, Trump’s staff could be in for huge changes

Not only was Trump mercilessly trolled by a series of memes and GIFs, but people also questioned why he didn’t mention Marla Maples, mother of Tiffany Trump, or Ivana Trump, mother of Ivanka Trump, Donald Trump Jr. and Eric Trump.

Let’s start with the memes. (These were all by the same guy, by the way, and were liked right to the top.)

RELATED: President Trump addressed a packed house at Liberty University by throwing his critics to the wolves

@BraddJaffy What? No mention of #ivanatrump or #marlamaples? They're mothers of your children too! #trump #trumprussia #resist #mothersday #thankscomey

@realDonaldTrump @FLOTUS & not forgetting the other mothers of your children (that we know of) @itsmarlamaples #IvanaTrump. Orange #phoney

@realDonaldTrump @FLOTUS How about a shout out to Ivana Trump! The mother of a majority of your children!!!!!!

@Freedom_Daily and to ALL his wives– Ivana Trump (so sorry he publicly cheated on you!) and to Marla Maples (so sorry he never spent time with Tiffany!)

@realDonaldTrump @FLOTUS You completely & conveniently forgot to include #IvanaTrump & #MarlaMaples in your #happymothersday wish.

Another way you could have written that tweet, Mr President. Don't you think, @IvankaTrump, @EricTrump, @DonaldJTrumpJr & @TiffanyATrump? pic.twitter.com/FZVM58tRPf

Happy Mother's Day to my incredible mom, Ivana. And to my children, thank you for giving me the gift of motherhood. You are my inspiration! pic.twitter.com/kOMINHGrwi