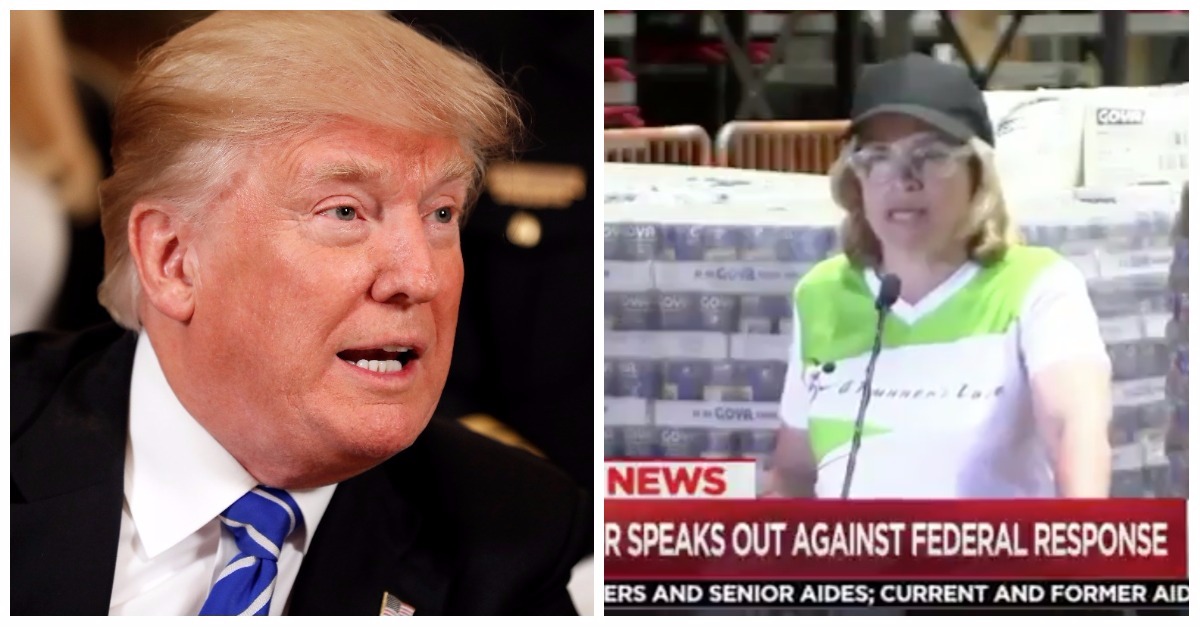 President Donald Trump was up early Saturday and ready to tweet his response to San Juan Mayor Carmen Yulin Cruz, whose speech from the ground Friday begging for help has gone viral.

?What we are going to see is something close to a genocide. We are dying here,” the mayor said Friday. ?I cannot fathom the thought that the greatest nation in the world cannot figure out the logistics for a small island of 100 miles by 35 miles. So, mayday we are in trouble.?

?So, Mr. Trump, I am begging you to take charge and save lives. After all, that is one of the founding principles of the United States of [?] America,” she continued. “If not, the world will see how we are treated not as second-class citizens but as animals that can be disposed of. Enough is enough.?

She also said she was “done being polite” and “politically correct,” saying she was “mad as hell” about the Trump Administration’s relief efforts. Puerto Rico is an unincorporated territory and commonwealth of the United States. Its citizens are U.S. citizens.

Early Saturday, President Trump responded to the mayor with a series of tweets criticizing her leadership, even going so far as to say she was doing the Democrats’ bidding by being “nasty to Trump.”

The Mayor of San Juan, who was very complimentary only a few days ago, has now been told by the Democrats that you must be nasty to Trump.

…Such poor leadership ability by the Mayor of San Juan, and others in Puerto Rico, who are not able to get their workers to help. They….

…want everything to be done for them when it should be a community effort. 10,000 Federal workers now on Island doing a fantastic job.

The military and first responders, despite no electric, roads, phones etc., have done an amazing job. Puerto Rico was totally destroyed.

He also accused “fake news media” — CNN and NBC, specifically — of “working overtime” to “disparage our First Responders as a way to ‘get Trump.'”

Fake News CNN and NBC are going out of their way to disparage our great First Responders as a way to "get Trump." Not fair to FR or effort!

The Fake News Networks are working overtime in Puerto Rico doing their best to take the spirit away from our soldiers and first R's. Shame!

RELATED: Mavs Owner Gives Player Keys to the Jet – for a Good Cause

Puerto Rico’s Gov. Ricardo Rossello told CNN on Friday that while he and the U.S. are conducting a joint effort to “enhance logistics” in rescue and relief efforts, he also said that the Trump Administration “has responded to our petitions” and that FEMA’s Brock Long has been on the phone “virtually all the time with me, checking out how things are going.”