Proud Boys Leader Gets Stabbed During Altercation in Washington, DC 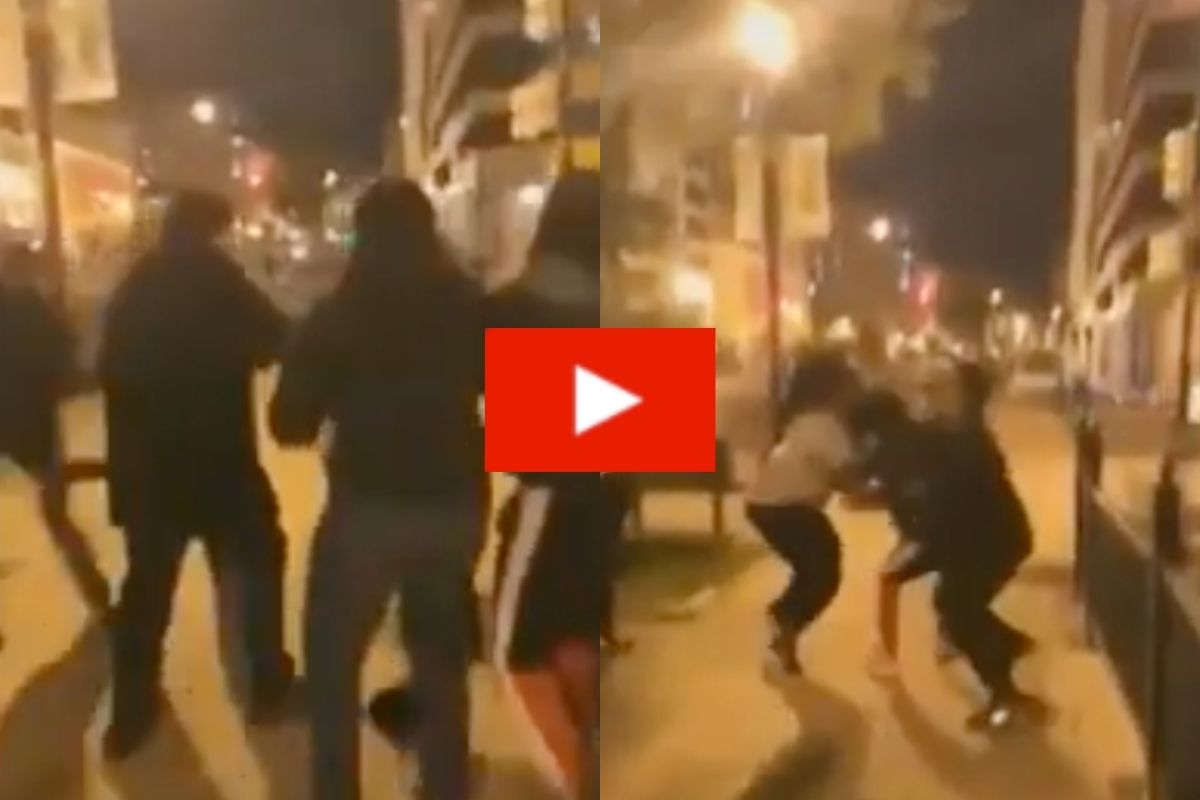 Tensions rise as the presidential election race continues between President Donald Trump and former Vice President Joe Biden. Many fights and brawls have broken out all over the country because of dividing political views, and the atmosphere sure is tense out in the streets as everyone awaits the election results.

Proud Boys Leader Stabbed After Getting “Jumped” Before Election Night

The Proud Boys were apparently heading home from a bar in Washington, D.C. when they were jumped and knifed. Tarrio told the Gateway Pundit, Bevelyn Beatty, a woman who had dumped paint over the Black Lives Matter mural outside of the Trump Tower, was holding her lower back, claiming, “They stabbed me.”

According to the New York Post, the trending video of the supposed altercation between the members of the Proud Boys getting jumped by the Black Lives Matter movement was live-streamed, and you can see and hear a man walking back to the videographer saying, “I’m bleeding.”

As Beatty was holding her lower back, the videographer, Jen Loh, the former vice president of Latinos for Trump, exclaims, “She’s bleeding really badly! We just got jumped by Black Lives Matter and they just stabbed Bevelyn Beatty,” as Loh videoed the trail of blood on the sidewalk. Soon enough, you see Loh also go up to another man who is clutching his neck. She gasps, “Oh my God, you’ve got tons of blood coming out of your neck!”

The man responds in panic, “Yes I do!” holding his wound tightly. As the group tracked down police and medics, you can hear them immediately saying, “We just got jumped by Black Lives Matter here.”

Proud Boys leader one of four stabbed after he was 'jumped' by BLM in DC https://t.co/61gm4iquFi pic.twitter.com/QJc6ubt9MP

According to DC police, they were looking for two men, dressed in all black clothing, and a woman wearing black sweatpants, orange leggings, and a dark gray coat. She’s also “armed with a knife.”

Loh had also told Storyful that she believes that Beatty was specifically targeted. She said, “If it wasn’t for the three or four Proud Boys that were there, she would have been stabbed and really brutally beaten had they not saved her from the attack.”

Tarrio had told the Gateway Pundit that the injuries were “very serious, but not life-threatening. Bevelyn got stabbed as well as two Proud Boys and the guy they were attacking. [Tarrio] got slashed, but it’s not serious.” The scuffle is indicative of how intense things are in the United States, as the fight between the presidential candidates continues.