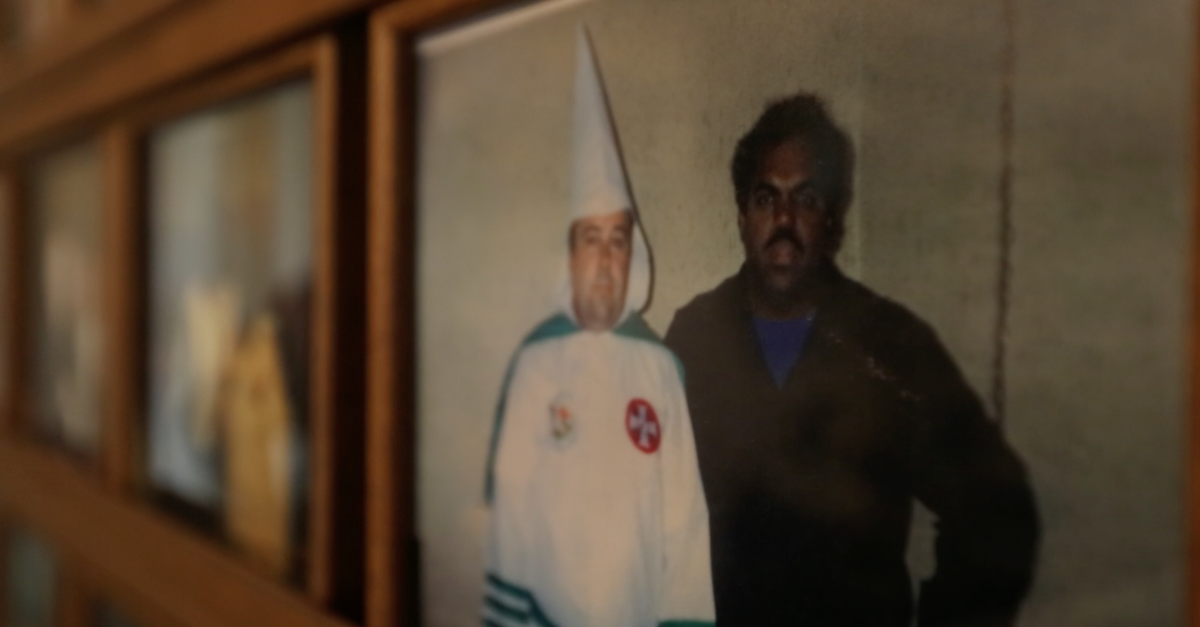 For Daryl Davis, the Ku Klux Klan is just another “culture.”

Davis doesn’t meet with Klan members to tell them their beliefs are wrong. Rather, he seeks explanations as to why they hate him.

RELATED: A black man found an inspiring way to befriend the KKK

“It’s not that I’m going out trying to convert people. That’s not my mission,” he says. “People in the media, you know, you read all these articles, ‘Daryl Davis converted ‘X’ amount of Klan people.’ No, I did not convert them. That was not my mission. Yes, they are converted. But that happened on their own.”

Davis has met with hundreds of Klan leaders and members over the last 30 years. He even met with Frank Ancona, the recently slain Imperial Wizard of the Traditionalist American Knights of the KKK. Ancona was featured in Davis’ documentary “Accidental Courtesy: Daryl Davis, Race & America.”

Davis claims to have directly influenced 30 to 40 people to leave the Klan and more than 200 people indirectly. That influence comes from finding the commonalities among different groups of people.

“If you spend five minutes with your worst enemy, you will find something in common, something,” Davis says. “If you spend 10 minutes, you’ll find even more. And if you build upon those commonalities, the things that you have in contrast, such as the color of your skin, begin to matter less and less.”

Davis didn’t anticipate befriending KKK members 34 years ago. But it was his very first — and very unexpected — interaction with a Klansman that inspired him to continue extending kindness to Klan members he encountered.

As he met more Klan leaders and members, Davis realized they are like everybody else: people. They're human beings with a different outlook.

Being a part of the U.S. Foreign Service, Davis’ parents took him all around the world. He grew up as a self-proclaimed “embassy brat.” Between traveling with his parents as a child and again as a musician in his adult life, Davis has visited more than 50 countries.

Davis believes those experiences going to school with students of different races, ethnicities and religions shaped his perspective on how to treat people. They reinforced the lessons his parents taught him at home.

“[My father] raised me, as did my mom, to accept everybody and to treat others as you want to be treated,” he says.

When Davis began his meetings with Klan members, his mother had already passed. Though his father supported his endeavors, he had concerns about his son’s safety.

“I don’t go in armed with a physical weapon or things like that,” Davis says. “But I’m armed with my whip and my knowledge. And oftentimes, I know as much ? if not more ? about the Klan and their ideology than they do. So even when they don’t like me, they respect me because of my knowledge of their organization.”

Davis recalls one particular moment when a district Klan leader had been recently promoted to county leader. “He had not studied his Klan craft, which means, you know, the knowledge of the organization,” Davis says. “He had not done his homework, and the promotion ceremony was coming right up.”

The soon-to-be county leader was too embarrassed to ask his Grand Dragon or the Imperial Wizard what his new duties were. So he called Davis, who responded without hesitation. It may seem strange that Davis provided the information so quickly; but Davis knew the Klan leader would’ve eventually found the answers he needed, and this passing of knowledge allowed him the opportunity to gain the Klan leader’s respect.

Former president Barack Obama, former first lady Michelle Obama, Malia and Sasha as well as members of Congress and civil rights leaders make a symbolic walk across the Edmund Pettus Bridge, Saturday, March 7, 2015, in Selma, Ala. This bridge is significant because it is named after the state?s former governor Edmund Pettus, who was the Grand Dragon of the KKK in Alabama. (AP Photo/Jacquelyn Martin)

There is no “typical” Klan member, Davis says.

“They come from all different walks of life. All different educational backgrounds, socioeconomic statuses,” he says.

Their occupations range from brick layer to corporate manager and some have even worked in politics. Sen. Robert Byrd (D-W.Va.) was the longest serving member of Congress in U.S. history at the time of his death. He was also a Kleagle, or recruiter, for the KKK for a brief time in the 1940s.

An occupation or membership to a club, Davis argues, is one facet of a person. Despite how difficult it may be to avoid focusing on an individual characteristic, particularly when that characteristic is rooted in a subject matter as steeped in painful history as racism, Davis believes people shouldn’t discount the many other facets that make a person whole.

Davis’ travels around the world have cemented his belief that all people, no matter their backgrounds, can find shared beliefs if they take the time to get to know each other beyond surface appearances.

“They begin to see [that] you want some of the same things they want,” Davis says. “You want better education for your family, for your children. You want to get drugs off the street. You want a reduction in crime. They want the same thing.”

The Imperial Wizard of the KKK in Maryland, Roger Kelly began thinking this way after he met Davis. Their friendship began after Davis’ secretary had arranged a meeting for the two of them in a motel room. At the time, Kelly did not know Davis is a black man.

Davis plays Rare a tape of a CNN news package about his friendship with Kelly. The two men are seen drinking orange soda together after the day’s Klan rally. Later in the footage, Kelly said in a separate interview that he believes in the separation of the races.

“It’s in the best interest of all races,” Kelly said.

But it’s what Kelly said about Davis at a later 1996 KKK rally that lead Davis to believe Kelly was beginning to contradict his own views.

“I would follow that man to hell and back because I believe in what he stands for,” Kelly told the interviewer. “We don’t agree on everything, but at least he respects me to sit down and listen and I respect him.”

Kelly didn’t realize it, but that was a teaching lesson, Davis says.

“He said that he respected me. I’m his enemy,” he says. “Those are his words. Very important.”

After more than 20 years with the organization and eight as Imperial Wizard, Kelly left the Klan in 1999.

Whether it’s over orange sodas or boogie-woogie music, Davis believes genuine, patient conversations are the solution to connecting with people who have a different worldview. Those friendly exchanges are what lead some Klan members to reconsider their own deeply held beliefs.

“They begin to question their own beliefs, and slowly they begin shedding that ideology,” Davis said. “And with that ideology, comes the shedding of the robes and hoods.”

This is part two of our series Changing Robes, a conversation with Daryl Davis and his life’s mission to befriend members of the Ku Klux Klan and understand the origins of racism.