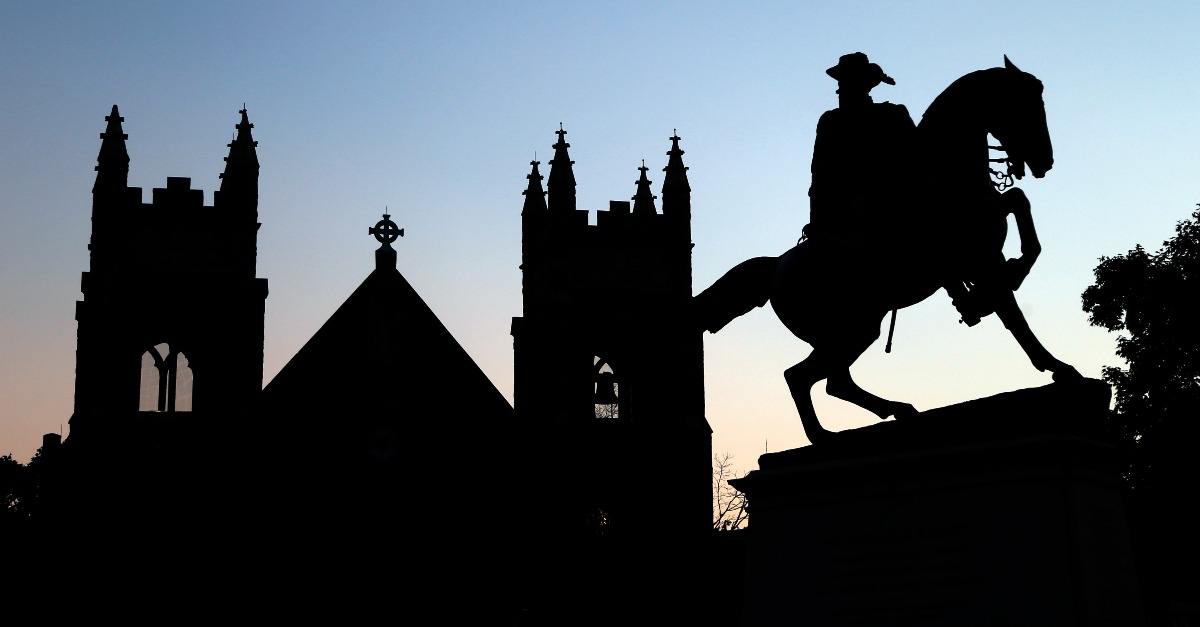 After the clashes between white supremacists and counter- protesters in Charlottesville, Va., last weekend, the issue of Confederate statues has come into the spotlight. Cities and counties all over the South are considering the removal of monuments that honor Confederate figures like Robert E. Lee, most of which were erected in the 1910s and 1920s. This was the time when the South was passing and implementing the Jim Crow laws that treated African Americans as second-class citizens.

Some are not even waiting for local governments to decide. Demonstrators in Durham, N.C., pulled down a statue of a Confederate soldier earlier this week. So far, four have been arrested and charged with vandalism.

But the Durham incident needs to be put in its proper context. North Carolina has a law that forbids local governments from removing Confederate monuments without approval from the state. Governor Roy Cooper, though, has called for the memorials to come down and for the law to be changed.

That’s the right approach. The decision to remove Confederate monuments needs to be left to local communities. Cities and counties should decide whether or not they want to leave those statues in place.

RELATED: Why I?m uneasy about tearing down Confederate statues

Having said that, I would hope that localities all over the South would start removing memorials to the Confederacy from places of honor and relegating them to museums and battlefields where their historical baggage can be sufficiently explained. For starters, they have become rallying places for neo-Nazis, and after last weekend?s violence in Charlottesville, it’s difficult to justify their remaining up.

Those monuments should also be removed because, despite the claims of ?heritage not hate,” the heritage of the Confederate States of America is one of hate. For evidence, look to the speech in 1861 given by Confederate Vice President Alexander Stephens that extolled the virtues of the Confederate Constitution in opposition to the U.S. Constitution.

Among the the topics Stephens addressed was one of white supremacy. He said:

Our new government is founded upon exactly the opposite idea [to what Stephens describes as the American Founding Fathers’ general belief that, while they could not at that time solve the evil of slavery, the institution would eventually die out and be replaced by legal equality of races]; its foundations are laid, its corner-stone rests, upon the great truth that the negro is not equal to the white man; that slavery subordination to the superior race is his natural and normal condition. This, our new government, is the first, in the history of the world, based upon this great physical, philosophical, and moral truth.

RELATED: Why it?s so foolish to use the Confederate flag to argue for smaller government

The average Confederate soldier may not have fought for white supremacy, but it was very clear that their government existed for that purpose. Cities and counties across the South now have to make the decision whether or not they want to continue to honor a blatantly white supremacist nation. That shouldn’t be a difficult choice at all.