Twenty years ago today, the Supreme Court effectively legalized racial profiling of drivers by police in Whren v. United States. Like so much of the Court’s criminal justice jurisprudence, the Court didn’t mean to do it. Indeed, Justice Antonin Scalia wrote in the opinion that the Court would have sided with the plaintiff had he brought an Equal Protection challenge (under the Fourteenth Amendment) and proved the officers pulled them over because they were black. But the plaintiffs were arguing the search that came from a pretextual stop of the vehicle violated the Fourth Amendment’s prohibition on unreasonable search and seizure. And Whren lost…unanimously.

A pretextual stop is the use of a traffic stop—usually a minor violation like a burned out light above a car’s license plate, a failure to signal a lane change, or rolling through a stop sign—in order to investigate the vehicle and its occupants for potential wrongdoing. What the Court said in Whren was, effectively, so long as the reason the officer stops the car is a legitimate violation of motor vehicle rules, it’s a legal stop (i.e., seizure) under the Fourth Amendment.

What does this look like in the real world?

A police officer sees young black male driving in an upper middle class and predominantly white neighborhood. He decides follow the car for a period of time until the driver violates one of the myriad minor traffic rules that most drivers violate routinely. The police officer now has sufficient cause to stop the car for further investigation.

Whren is at the heart of the phenomenon known as “driving while black.” So long as the officer doesn’t report that he was targeting someone for racial reasons—indeed, the officer may not even be conscious of the bias that led him to believe the driver was “suspicious” and should be followed—any minor traffic violation will suffice.

It’s bad enough that drivers are often stopped because of their race. What happens next in many instances makes a bad situation worse.

Instead of treating the traffic stop as just a way to enforce traffic safety laws—such as giving a ticket for speeding or not wearing a seatbelt—the stop is a pretext to investigate a person for criminal activity the officer has no articulable reason to suspect. The officer may ask questions about where the driver and any passengers are traveling, what they were doing in that neighborhood, or other probing questions unrelated to the initial reason for the stop. A driver suspected of no crime should not feel compelled to justify his comings and goings to the government, particularly when the driver feels he was pulled over for a specious reason. By itself, this line of questioning can lead to resentment.

Upon judging the driver’s answers, behavior, or mood, the officer may ask to search the vehicle. In theory, the request is just that: a question to which the driver is free to say yes or no. However, in reality, saying no to a police officer may be an invitation for hostility and further hassle.

Legally, an officer may respond to a refusal with more questions about why the search was denied, or even, to limited extents, intimidate or lie to the driver in order to convince them that consent is the best way to proceed. If an officer can manipulate or otherwise convince a person into consenting to a search, as many officers have been trained to do, courts say the Fourth Amendment is not violated.

Beyond the limits of the law, some officers may illegally search the car anyway or threaten the driver for exercising constitutional rights. Earlier this month, a senior attorney in the Baltimore Public Defender’s officer wrote a piece in the Baltimore City Paper about a man who was arrested for refusing consent to a warrantless search not of his car, but of his home. The charges were dropped, but nevertheless, a black man went to jail for standing up for his rights. Under such real world pressures that many blacks and others feel when dealing with police, consent might be better understood as a self-preservation strategy rather than a choice freely given.

So, our driver gives consent. The officer—and perhaps backup, by now—rummages through the car and the personal effects inside. The driver sits by helplessly as perfect strangers with guns rummage through his life looking for reasons to throw him in a cage. The driver may hope that no one who has ever been in the car has left a “roach” in the ashtray or had drugs he was not aware of fall out of their pockets and under the seats of the car.

More often than not, these searches come up empty. Just like the pedestrian stops in New York City under the now-curtailed “Stop-and-Frisk” program, a large majority of those stopped by police are legally innocent and most of them are racial minorities. Countless numbers of people who have committed no crime are pressured into searches—mostly in service of the drug war. Drivers’ lives are interrupted, their cars are temporarily invaded, and many who go through it resent it. And rightfully so.

Particularly in minority neighborhoods, overly aggressive policing tactics can damage the relationship—or reify the existing tensions—between law enforcement and the community. Treating segments of the public like criminals simply because of where they live, what they look like, or that they venture out into areas that they are not usually perceived to be, may delegitimize the police force among that population. And that makes those neighborhoods and communities less safe because a police force that is resented will not get the cooperation it needs to be effective.

The Supreme Court ruled that pretextual stops are constitutional. The Court did not, however, rule that the stops are good policy. In a time when police departments across the country are struggling with establishing their legitimacy with local black communities, policies that needlessly antagonize the people who live there ought to be reexamined. 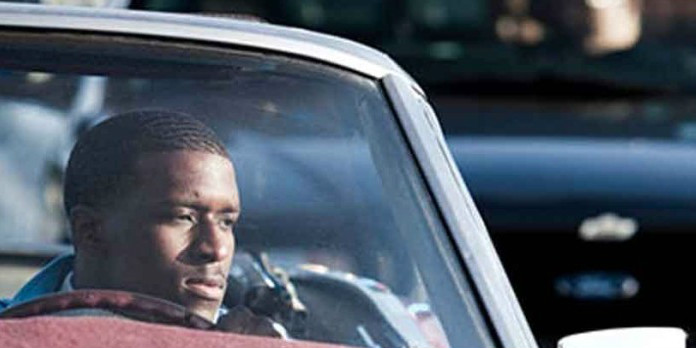