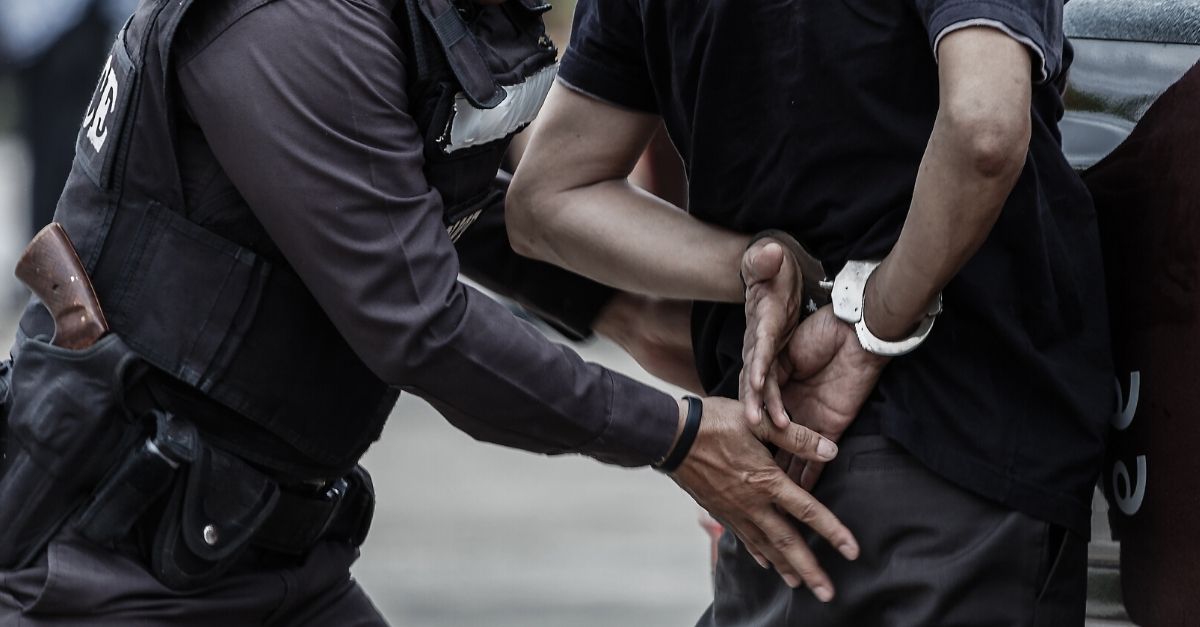 Oh man, this is so devastating. A California police officer was caught punching a 14-year-old boy in the chest, and pinned his head to the ground while using excessive force. Why was this boy detained? Apparently for possession of a cigar. Yes, this boy received the beating of his life and probably didn’t even get an apology. Disgusting.

The video was initially posted to Twitter by the boy’s family and his friends. It shows a Rancho Cordova police officer beating the teenager as he is struggling on the ground to get up. After the viral video gained thousands of views, authorities finally spoke about the incident, saying it was under review. But, authorities did note the boy had initially resisted detention as the officer attempted to investigate “a potential crime.”

My baby brother who is 14 years old. All of this over a swisher😤 there’s more footage but I wasn’t able to upload it all. Please repost, we just want justice for my baby!😭💯 #JUSTICE4JAH pic.twitter.com/reftDDyHha

Sacramento County Sheriff’s Sgt. Tess Deterding released an official statement noting, “It’s important to put video footage into context, especially in relation to a use of force incident.” The video shows the officer attempting to turn the boy, who is lying on his back, onto his stomach and pins his head to the ground as someone in the background is saying, “Stop, bro.” Another video posted on Instagram shows the boy on the ground, as he’s telling the cop, “I wasn’t fighting, bro. I wasn’t fighting” repeating his age.

The officer then begins to punch the boy on his chest as he flips him again onto his back. Through twitter, his sister stated the boy has a serious heart condition that could “be triggered every way by being hit in his chest/back.” She stated, “He’s a kid and has never been in any kind of trouble with the law. “He was very scared and in so much pain!!!”

The young man was cited for resisting arrest over his possession of a Swisher Sweet, which is a type of cigar. She also noted they ended up letting him go but was left with bruises and chest pain. According to the sheriff’s department, the officer was patrolling around the area due to complaints about hand to hand sales of tobacco, alcohol, and drugs to minors. That’s when he saw what he thought was an exchange between an adult and the 14-year-old.

This is my 14 year old nephew being shoved into the ground by a Sacramento County police officer triple his size. Luckily he had his friend there to record! 14 FUCKING YEARS OLD! And he’s handling him like a man equal his size! For what? Possession of a swisher? Is all this shit really necessary? He already had him held down and he felt the need to punch him AFTER shoving his face into the ground!? He acts like he fucking hurt somebody! I remember telling him a while back that he may be half black, but the world will just see him as BLACK and that he has to walk and experience the world in a very different way… didn’t expect him to experiencing this so early. #justice4jahjah

Detering stated, “As the deputy turned around, he lost sight of the adult, who left the area. When the deputy approached the juvenile, the juvenile was uncooperative and refused to give the deputy basic identifying information.” The boy had initially stated he was 18-years-old. When the officer attempted to detain the boy to further investigate the situation, he stated he had “reasonable suspicion that criminal activity was occurring.”

“The juvenile became physically resistive at that time, causing the deputy to lose control of his handcuffs, which landed several feet away. The deputy attempted to maintain control of the juvenile without his handcuffs and while alone waiting for his partners to arrive and assist him.”

Confirming the boy’s initial story, according to the boy’s uncle, Justin Tufono, the boy asked an adult to buy him some Swisher Sweets at the Chevron gas station. When the man returned with the cigars, he had dropped them on the ground for the 14-year-old boy to pick them up. As he walked away, the boy was stopped by an officer who asked what was in his hand. When asked about his name and age, the officer grabbed the boy’s wrist. Officers said the police officer initially did recover tobacco products from the teen, who was cited and released to his guardians. The Sacramento County Sheriff’s Office and the Rancho Cordova Police department are now investigating the officers’ use of force in the incident. Do you think this is considered police brutality?