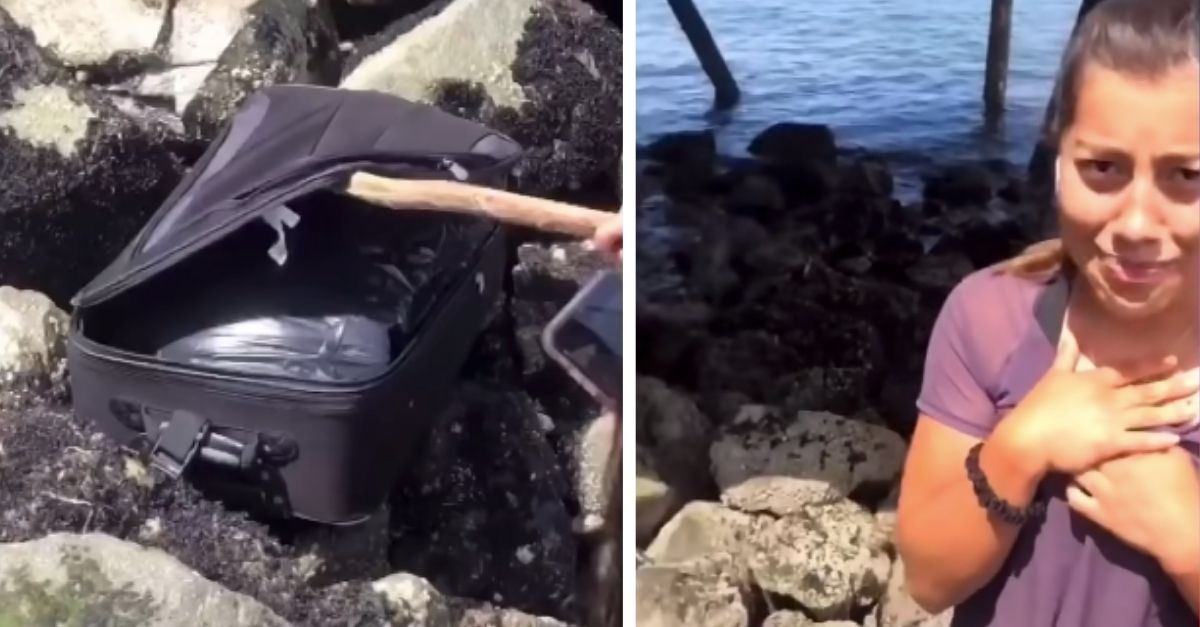 A group of teenagers in Seattle were out exploring a remote beach when they made a terrible gruesome discovery. What did they find? A dead body inside of a suitcase. Yes, a dead body! The teenagers decided to record their findings on social media, because well, we all know how teenagers are nowadays. The video was posted with the caption “Something traumatic happened that changed my life.”

Throughout the video, which was posted by TikTok user UghHenry, three teenagers are shown walking to the suitcase, and one can be heard saying, “Guys, we found a suitcase at the beach.” At first, the teens didn’t know what was inside, which is why they are heard joking around throughout the video. That’s when one teen says, “Wait, open it. It stinks y’all.”

As one girl decided to poke open the suitcase with a stick, the smell apparently became overwhelming. That’s when they realized that there must have been something sinister inside it. When police arrived at the crime scene, they confirmed the presence of human remains that were stuffed inside the black plastic bag. Now, I don’t know about these kids, but this would have scarred me for life. Imagine finding a freaking dead body out and about? I mean, first of all, these kids should have not been out there in the first place. Second, why would you open something that’s not yours? Yeah, no, thank you next. Not today. These kids were asking for it.

Anyways, apparently the kids came across the suitcase after the Randonautica app. The app basically sends you to randomly selected geographic coordinates. The app exploded in popularity among teens in the wake of the Coronavirus pandemic lockdown, which is a “fun way to explore the world.” The teens were taking part in the trending #RandonautChallenge on TikTok.

Joshua Lengfelder, the app’s creator, was made aware of the situation, stating that he never expected anyone to find a dead body. Which I mean, I get it. It’s not like the app knew the body at the random coordinates, the suitcase probably washed up on the rocks overnight, but still. Pretty scary.

As far as the body itself, the medical examiner is still working to identify the remains and determine a cause of death. BUT, apparently, there was another bag of human remains found floating in the ocean nearby. Seems to me like this is a case for the FBI. For now, the Seattle Police Department has launched an investigation.

Watch: Teenagers are Placing Bags of Bleach on Their Face to “Change” Their Eye Color