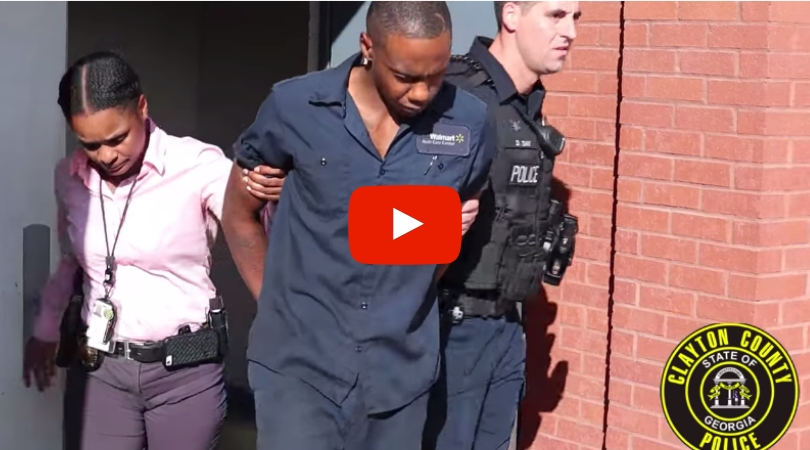 Well, I guess we know who won the dumbest award of 2019. 21-year-old Kenneth Thomas Bowen III decided to join the Clayton County Police Department’s academy in 2018. Don’t get me wrong, there is nothing wrong with wanting to be a police officer. Good for him for trying to make a future for himself, right? BUT, what this man didn’t do was think twice about his decision. Why? Because police quickly realized that the man was actually serial rapist they were hunting in Georgia.

During his time in the academy, Bowen was fired after a few months for constant lying and for being absent without leave. Officers then realized that he had been named a “suspicious” person for at least one of the eight sexual assault attacks in Jonesboro since 2015.

According to Fox News, after a review of 911 calls of suspicious people over the last seven-year and obtaining his name and birthdate from a call made in 2016, officers noticed the “striking resemblance” between Bowen’s photo and police sketches given by victims.

After linking Bowen’s tattoos to the suspect’s description, police officers then obtained a search warrant for his DNA during a traffic stop which linked him to the rapes. Clayton County Police Chief Kevin Roberts stated that had Bowen not attempted to join ranks in the department, they would have not apprehended him. Roberts called the incident a “cloud over our community” and wants to stress that he was never a police officer.

The 21-year-old has been charged with seven counts of rape and one count of sexual battery. Law enforcement officers stated the attacks all occurred within a two-mile radius of where Bowen lived in Jonesboro. Luckily, none occurred during his time at the academy.

The Clayton County Police Department released a video of Bowen being arrested, reading, “WE GOT HIM! Citizens of Clayton County can rest a little bit easier knowing that the serial rapist has been CAPTURED! Great investigative skill set and excellent teamwork has brought his terror to an end!”