Perhaps his name doesn’t sound familiar to you, but T.I. is a big name in Hip-hop. And on Wednesday afternoon, T.I. let the world know exactly how he feels about President Donald Trump.

In a post uploaded to Instagram on March 15, T.I. ripped Trump to pieces for a tweet POTUS sent about legendary rap artist Snoop Dogg. Trump’s tweet was in response to a music video released on March 13 in which Snoop mock assassinates a “Clown” President Trump. Snoop appears in the video for “Lavender” by Canadian music group BADBADNOTGOOD. Everyone in the video appears in clown makeup. The video draws to a close with Snoop pointing a gun at Trump and pulling the trigger. Instead of a bullet, a cartoonish flag that says “BANG” comes out of the gun.

T.I. was less than pleased with Trump’s response to the music video and took to social media to share his frustration with his followers. In a profanity-laced, highly descriptive Instagram post, T.I. took aim at Trump with his words and spared him not one bit. Targeting not only Trump’s signature orange tan and hairstyle, but also his tendency to stretch the truth, he wrote:

Some commenters were quick to praise T.I. for his words, while others criticized him for using the same kind of hateful, mocking rhetoric Trump has used toward his enemies. 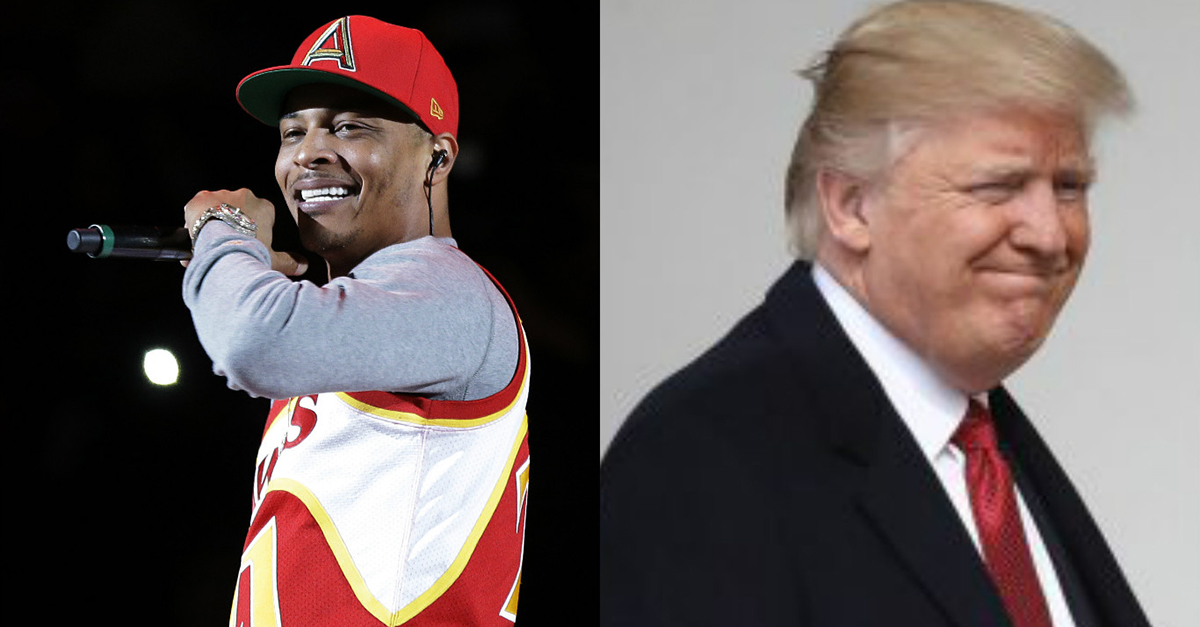