Trump Supporter Charged With Assault For Breathing on Protesters 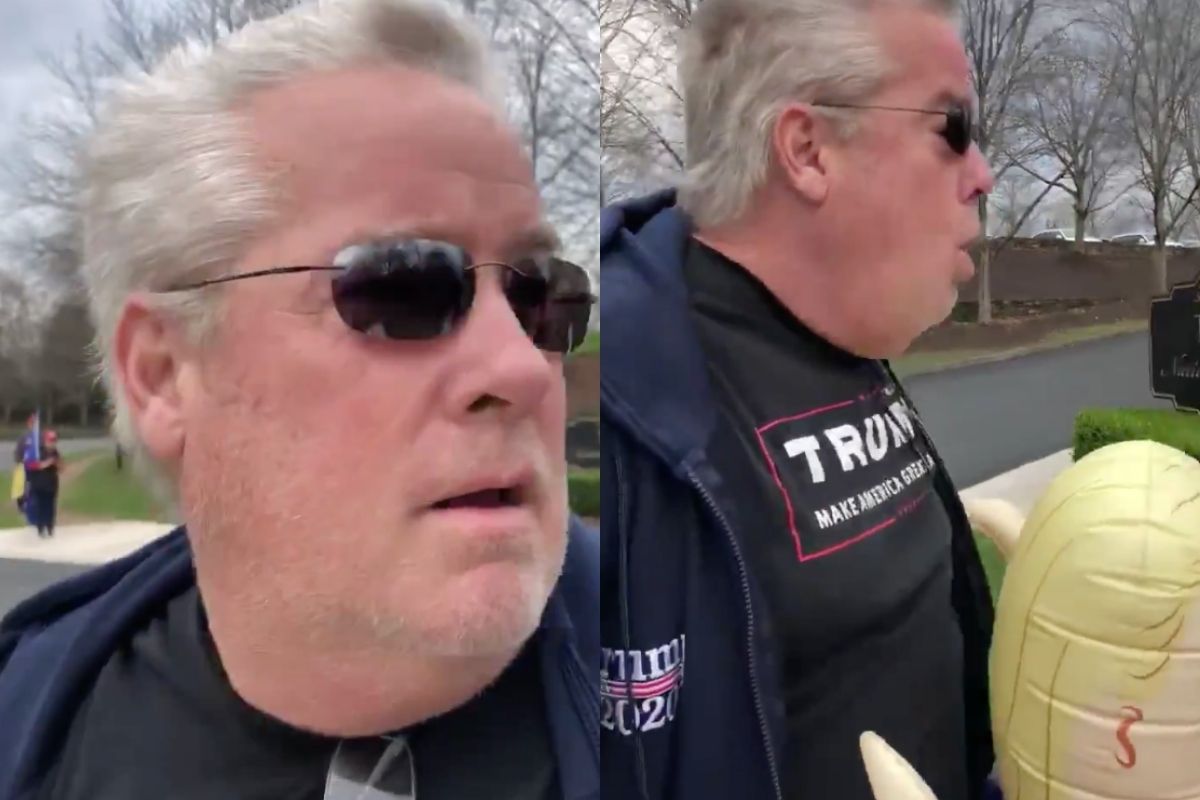 In times like these, you can absolutely get a simple assault charge for breathing on someone. COVID-19 has forever changed how people interact with each other, and until a vaccine is present, forcibly breathing on someone is considered a crime. And rightfully so, as Raymond Deskins found out.

In Sterling, Virginia, outside President Donald Trump National Golf Club, a video of Raymond Deskins went viral on social media after it caught him forcefully breathing on two women. Both protesters and Trump supporters gather outside the club’s entrance, waiting for the president to come golfing at the club, and this time, things got a little sticky.

Trump supporter forcefully exhaling without a mask on a protester outside the Trump National Golf Club, Nov. 21, 2020 pic.twitter.com/Bq2mMH1At0

According to the Loudoun County Sheriff’s Office, the two women were outside the golf course, protesting the president. Deskins, wearing a Trump shirt and an inflatable Trump pool tube with “Keep America Great’ on it, approaches them with no mask on. In Virginia, however, the mask order states that masks are required to be worn in certain locations, but not outside. But that doesn’t mean the coronavirus pandemic won’t spread just because you’re outside.

Deskins takes a deep breath and forcibly exhales on the women, to which one of them asks him to move away because he’s not wearing a mask. After he breathes on them, one of the women goes, “That’s assault.”

He replies, “I breathed on you,” and then proceeds to exhale on them again.

Kathy Beynette, an anti-Trump witness, told CBS News that Deskins had approached the Trump supporters first. And members of the Loudoun County Board of Supervisors sent a letter to law enforcement to open a full investigation, giving the details about what had happened. But the sheriff’s office said that because this altercation wasn’t witnessed by law enforcement and that the video didn’t capture everything, they advise that the two women seek a warrant through a county magistrate.

Soon enough, as a result of a warrant obtained by a private citizen through the Loudoun County Magistrate, 61-year-old Deskins was charged with misdemeanor assault, but has not responded to a request for comment from the Associated Press. I can imagine he’s pretty embarrassed about what he’s done. It shouldn’t matter if you’re a Republican or Democrat. We all need to help each other in order to stop the spread of the coronavirus, and things won’t get better until we’re all on the same page.